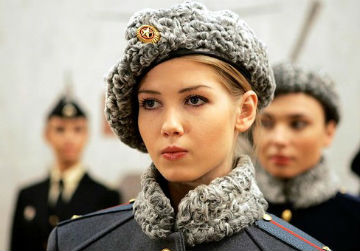 “We have a saying in Hartlepool, ‘If you don’t like it, fuck off’ that sums up nothing in particular, but I just had to say it any way,” a man from Hartlepool, England told no one in particular.

So, since the Russians have gone their own way and seen fit to fight their own battles, they are now deemed as the bad people of the Steppes.

If it’s not the Olympics or the World Cup, getting one over the Russian swine by banning them from every sporting fixture should get them riled, lest we forget about the Eurovision debacle.

How about Syria where Mr. Putin is bombing the hell out of whoever it is, well, at least he is trying to do something about it, a stark contrast to Obama and his progressive army of LBGT evangelists.

Russia, enemy numero uno, yes but they’ve got some damn good looking devushkas there over in Russkie land where unless you’re doped up on litres of vodka your balls freeze into little icicles ready to drop into a Martini, shaken and thoroughly stirred.

The only answer is war, but who will shoot first? According to our experts working day and night in bunkers, the Americans want Russia to take the first shot. It is all too apparent that the plan is to switch things around a little, where America has always been the high and mighty world policeman, good old Uncle Sam is sort of playing with the bear a little, making them angry, taking their lunch money away, their trophies and basically baiting the bear. Annoyed, angry, angrier, furious, ballistic…missile!

Soon enough, Putin is going to snap. Bang! There goes the neighbourhood, or half of New York city. A golden opportunity to absorb the strike maybe, markets down to the bottom, what now? What happens after that one is probably classified information but the game is a deadly one, and America is playing with fire here. Russians, Iranians and the Chinese, all rolled into one deadly fuck soup of badness.