The gun ban today will come into effect at midday and the Labour government believes this drastic measure should curb the pandemic use of firearms on Britain’s streets.

It will be illegal to murder, shoot or maim anyone under the new rules.

There will also be a two-tiered system for ensuring the law is upheld by introducing deterrents to youths who are intent on committing murder sprees.

If you are caught with class A firearms like the AK-47, Uzi 9mm , RPG or M16 you will be awarded an ABC (Acceptable Behaviour Contract).

The second time caught you will get an ASBO (Anti Social Behaviour Order) and the third time you will be awarded an hours worth of community service of your choice.

Class B weaponry like handguns and grenades will only get an ABC and a written warning through the post. 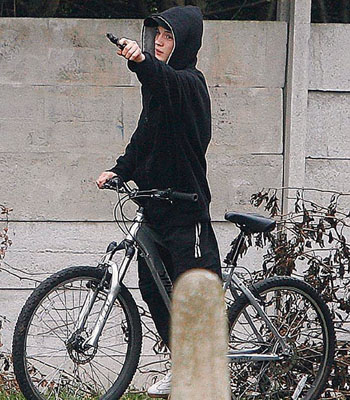 Salford youth on bike playing in the park

For firearms offences like actual murder or severe wounding, the punishment will be an ASBO, ABC and community service all on the same day, as well as a re-education trip paid by the taxpayer to Alton Towers or Chessington World of Adventures for the day.

The Home Secretary is toying with the idea of giving each gun criminal an 8GB i-pod and then asking them to hand over their heavy machine guns. This ploy may not work however, because many youths with guns can get anything they want anyway.

The number of guns that are circulating on Britain’s streets is so large that the police are scared to go onto the streets.

Police work is mainly conducted by CCTV and desk work back at the police station.

The typical British ‘Bobby’ does not carry firearms, and if there is a shooting incident they are required to flee the crime scene and head back to the police station to fill in approximately 27 forms.

The form filling can take up to 4 hours to complete. An Armed Response Unit can then be authorised to visit the gun crime scene after the threat level is assessed. 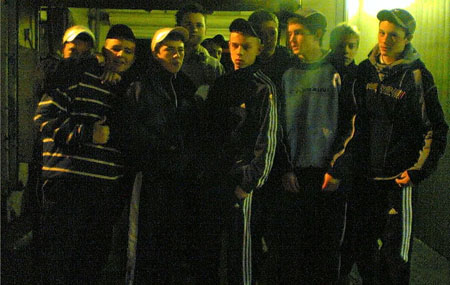 There are measures being put in place to cut police response times by three and a half hours. However, this may cause problems in Met ranks because it would involve actual confrontation with criminals.

In the police’s defence, last year out of 34,578 shootings of which 24,600 were fatalities, 6 people were arrested and given warnings for their dangerous behaviour.

The new law banning guns on Britain’s streets is sure to make citizens’ lives safer and is testament to the wonderful work done by the Labour Government.