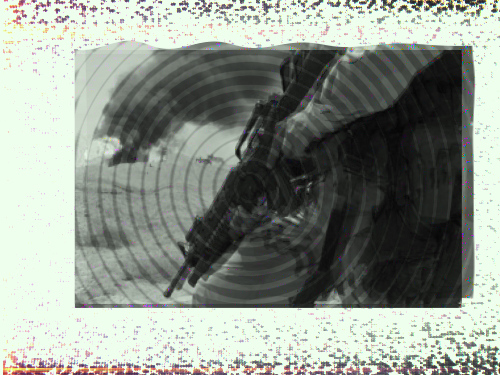 The United States has been supporting the Burmese (Myanmar) Junta for many years. However, the threat that they will switch their oil revenue currency from dollars to euros is a call for another War on Terror.

George W Bush is now sending four aircraft carriers to the Andaman Sea and is about to attack the oil and gas rich nation.

According to Halliburton, Burmese oil and gas reserves are the fourth largest in the world next to Iraq, Iran and Saudi Arabia.

Speaking to the American people in a Friday presidential address, George W Bush cited many reasons to invade Burma. “Dearest American peoples, our old Junta friends who we supported in the torture of their own people for many years have turned against our great nation by changing their primary oil money from dollars into euros. This is very bad for the USA, because we will not be able to run our gas guzzling 5 mpg SUV’s for much longer. We turned a blind eye to the torture and brutality of the Junta as long as we were getting our fair share of oil revenue. Now things have changed and we’re gonna invade Burma and take all the oil. I urge you all to support the War on Terrors.”

After Iraq, Iran and the oil pipelines of Afghanistan, only Saudi Arabia is left untouched by the mighty US oil corporation (US Government) because they are the only ones left endorsing the valueless dollar.

Just like the deposed and executed Iraqi leader Saddam Hussein, the Burmese Junta were supported wholeheartedly by the Americans as long as they served America. The US instated and armed Saddam Hussein, using selective justice to achieve their oil revenue goals. The successive US administrations turned a blind eye to Saddam’s various indiscretions like mass gassings and other dictatorial exercises. So long as the oil flowed, the US did not care what he did. They only cared however when he tried to grab some oil fields for himself in Kuwait. No one takes American oil and survives. Further threats prior to the second Gulf War from Saddam to deal in Euros further precipitated his demise.

Currently there are many parts of the world which deserve to be invaded by the mighty US oil company headed by George W Bush. China is too big a country to invade and although it is a huge threat to world stability, has its uses as a slave labour colony for Hasbro and Walmart. Darfur has not reached the oil benchmark to be invaded by America. Russia has lots of gas and oil reserves but has many dangerous nuclear missiles rotting away in their silos, as well as the ‘gay pin-up’ president Putin to contend with. The plight of the Palestinians is left to gather dust because they are not Israelis and do not have a massive lobby in the US or any oil for that matter.

Instrumental in oil acquisition for the US Government and once headed by Dick Cheney, Halliburton stocks have jumped through the roof once again.

Blackwater is already licking its lips at the thought of another lucrative contract to carry on its unhindered mass killing spree.

Fox News, the media arm of the US oil Corporation a.k.a the USA, has been spouting its rallying cry of ‘ATTACK ATTACK ATTACK’ and baying for more ‘blood for oil’. Bill O’Reilly and Ann Coulter are now at the forefront of the media campaign to inform the American people that America is about to acquire more oil and there is no need to buy any fuel efficient cars yet.