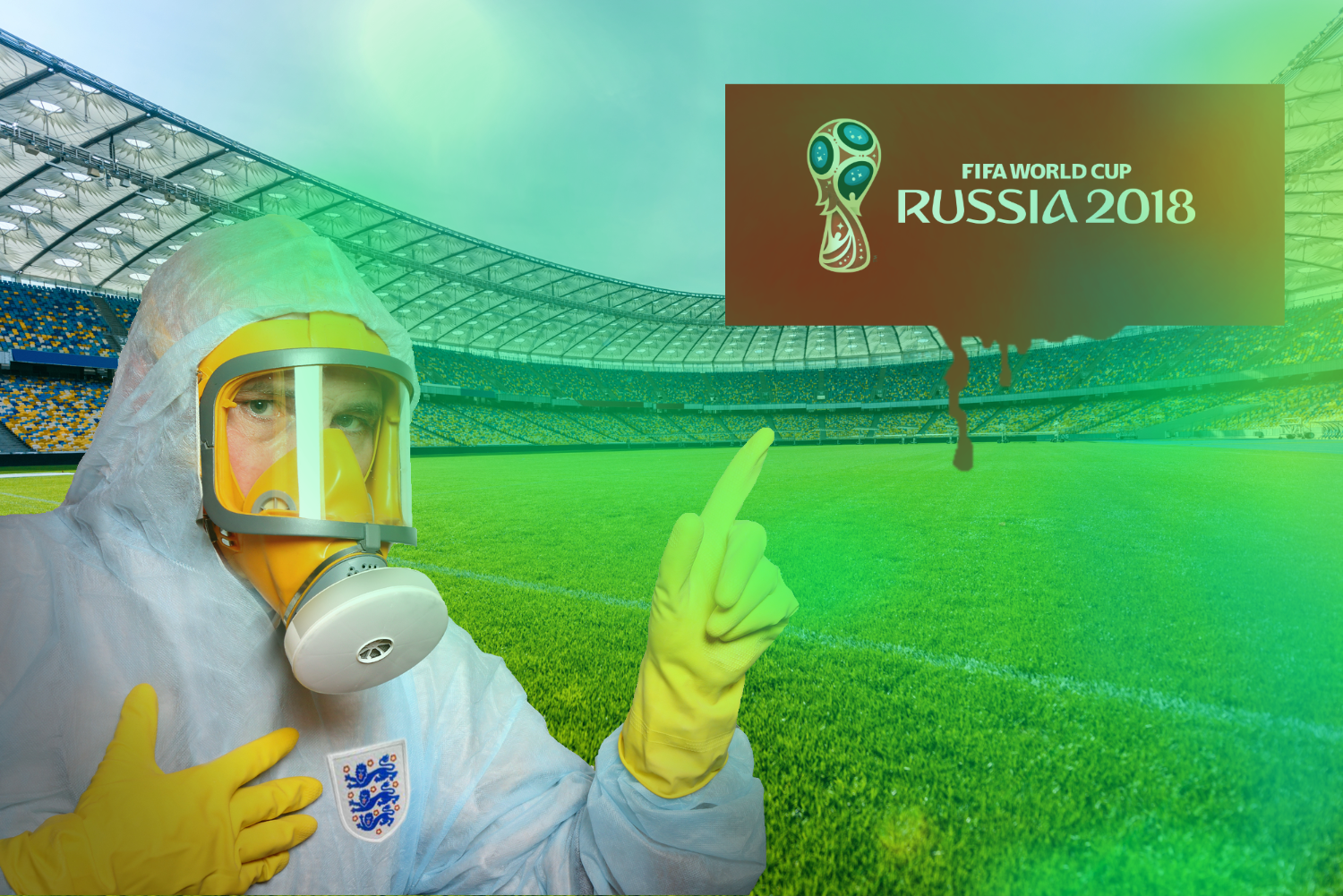 You ever tried to do a bicycle kick wearing a full Hazmat chemical hazard suit in a World Cup final?

Well, the England boys are all suited up and ready for today’s training. Their destination is the 2018 World Cup in Russia, which will be a serious test for the team.

After a few minutes, there’s a breakaway, Jordan Henderson, the Liverpool midfielder suddenly checks his run, and parries through an instep drive towards centre. Unfortunately, due to the Hazmat suit, his shot hits a stopper, and the opposing side now delve deep into territorial danger bossing the game. After angling to the sweeper, then square passing to Harry Kane who runs the ball right up to the opposition’s line of retreat just outside the penalty box, he suddenly collapses with extreme heat exhaustion and cannot move. The goalie breathes a sigh of relief.

The perils of this dangerous endeavour are ever present. Half the team can barely run for fifteen minutes before suffering from heat exhaustion and fatigue wearing the heavy suits.

“It’s hard on the legs especially. Plus you try spitting phlegm in a Hazmat? You can’t spit, you can barely run, and your field of vision is shot to shit,” Jamie Carragher says from the sidelines.

It’s half time and the boys are knackered. There’s no way you can eat an orange segment let alone have a smoke in a fucking Hazmat.

Gareth Southgate, the manager comes out of his hut at 56 minutes and presses a red button. It’s a chemical nerve agent test to see if the England squad will survive.

If they have their Hazmat suits on and in proper nick, then it should be okay. Oh dear, one of the boys goes down, the gas got through a little gap as he didn’t put his head dress on properly. Poor bastard, looks like Rose, Tottenham left-back. He is carted off the pitch twitching like an altar boy in a Catholic church. After a few minutes the medics administer the antidote and the foam stops coming out of his mouth. He’s okay.

“I wanted to test the team. What if we’re two goals up on Russia, and they suddenly send in their nerve gas while we’re at the other end of the pitch to the Russian team? This is why it is essential our boys wear these suits. Not only could it save our lives but we could win games whilst under chemical attack, the cowardly Russians are dirty players, but we won’t let them get us,” Southgate later revealed.

You’ve got to hand it to the brave players for the England squad. They’re really putting themselves forward for Queen and country.