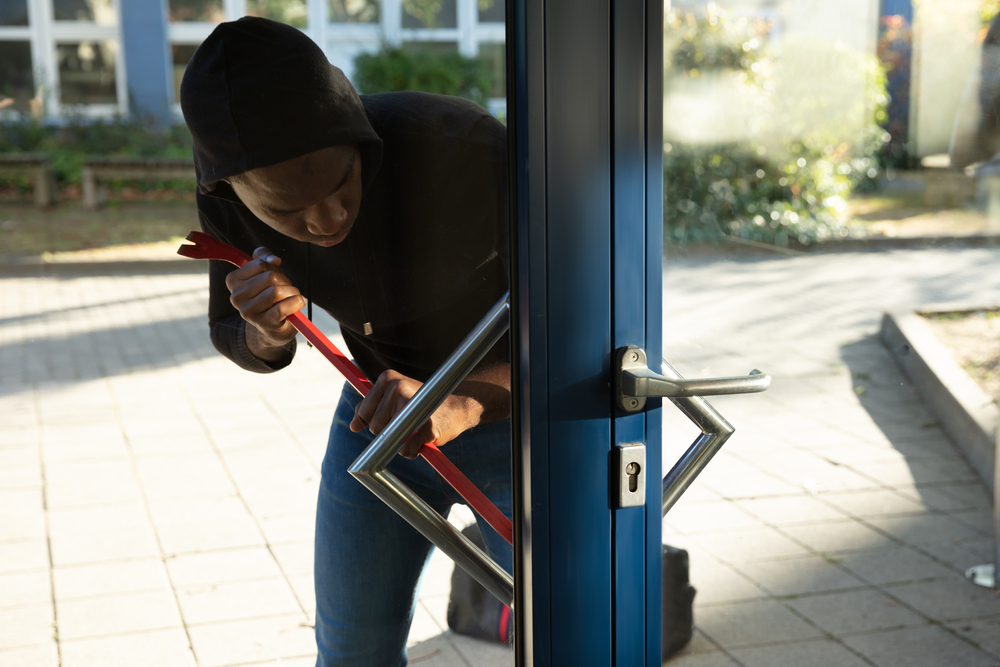 The fact is, the majority of crimes committed in America are done by African Americans, and when police try to arrest black criminals they have come up against a wall of derision and blame.

“These people commit crimes and resist arrest but when you try to take them down, you’re the bad guy suddenly. It’s a hard pill to swallow, but being a police officer in America is now an almost impossible job. African Americans want to be immune from arrest, even though they’re the ones committing the crimes,” one distraught ex-policeman revealed.

What is the solution to this problem? The Democrats now want to defund all police forces, simply because black criminals who rampage across the nation are the ones getting caught and resisting arrest.

Robotics scientist, Professor Harlow Jerome, has revealed a possible solution to the problem.

“It is an unfortunate fact that African Americans are the ones committing the majority of crimes in the United States, yet they do not want to be arrested, especially by white policemen. It is now deemed racist to arrest a black man by a policeman who is not black. How about taking skin colour out of the equation completely? Police forces need to develop robots that go into situations where black criminals are and must consider the use of tranquillizer darts to bring down these people for arrest. Much like bringing down large game in the Savannah, the process will be painless and remove any chance of wrongful death of the subject.”

Police forces could also effectively employ tranquillizer dart marksmen whenever there is an incident with a black criminal who resists arrest. Instead of an extended struggle and possible gun play where the black criminal is shot, there could be marksmen sent to locations with all responding officers. The marksmen would be patched through the radio systems of officers out of sight. They simply need to inform the officers they are about to tranquillize the subject, and then boom.

Alternatively, robots could be deployed to tranquillize the subjects, thus resolving the problem easily and painlessly. Either AI trained robots that would deploy the tranquillizer with pinpoint accuracy after given the go-ahead or robots controlled by an operator ex situ.

Other options could be the use of drone technology to deploy tranquillizer darts on the African American criminals resisting arrest. These are relatively cheap to develop and deploy and would solve the problem of perceived racism.

The dosage deployed in the darts would have to compensate for bodyweight of the subject, as well as possible drug usage. The use of effective serums could incapacitate criminals quickly and safely, much like taking out a wild animal.

The extreme side of the option is to mask every police officer with a full head covering masking their race completely. Therefore, when arresting a black criminal who refuses arrest, the officer’s skin colour would not be a problem, or could be used to incite riots by those looking to create racial events.

In essence, the key to removing the problem of race during arrest, is to remove the element of colour from the arresting officers. This can be done by utilising multiple techniques, robotics, drones, masks, or having only squads of black policemen especially assigned only to deal with black criminals.

The best and most efficient method is to tranquillize the criminals, for their own safety and the safety of officers or innocent victims. This way, no one gets hurt, and any arrest is over quickly and painlessly.