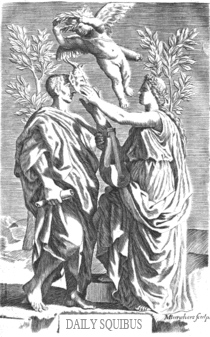 Recently, satire, a literary genre which has been around for thousands of years, has been much maligned by the forces of ignorance, and of the endemic culture of fear spreading across the heavily controlled mass media.

To have satire labelled as ‘fake news’ by the apparatchiks and so-called holders of the ‘ultimate truth’ is laughable to any satirist, especially in its usage of the didactic grammatical form of literary nuance.

Let us get this straight, the catch-all term ‘fake news’ was created during and after the Trump election in November 2016. Fake news was a term created most definitely by members of the American Democrat party as a reaction against Hillary Clinton losing the election to Donald Trump. Their claim was that the Russians skewed the election media by manipulating articles and media on social sites like Facebook and Twitter. The term ‘fake news’ was also utilised against any independent news source with a right wing conservative stance.

There is no doubt that Russian Troll factories were probably complicit in their role to destabilise, misinform, and spread their fake news throughout Western media. Here is the first distinction: Fake News is a tool used for propaganda purposes to destabilise other governments/ political factions or regimes by spreading blatant falsehoods. In both world wars, there was an abundance of fake news/propaganda used to try to sway views and opinions of the troops and general populace.

Satire, on the other hand, does not seek to maliciously destabilise or propagandise foreign governments in a militaristic intelligence driven sense. It does not work for clandestine government agencies in some bunker in Moscow, on the orders of the FSB, or Vladimir Putin.

Satire’s role is mainly as an entertainment vehicle to mock the foibles, hypocrisy and character of celebrities/politicians or institutions including their ideas, claims and proposals. Through the use of humour, parody, irony, sarcasm or exaggeration we expose the myriad of flaws or vices within these individuals or groups. We see everything through a macro and micro lens simultaneously.

The Daily Squib, for example utilises the more hard-hitting Juvenalian genre of satire. Horatian satire is more jocular, and we sometimes delve into the world of Horace, however our main focus is on Juvenal. The satire of Juvenal does not necessarily have to be funny or humorous, its main objective is to cut to the bone, to get to that ultimate truth however nasty it may look in the cold light of day.

The truth! This is where true satire deviates from fake news further, because satire is based on the ultimate truth of any given subject, whereas fake news is made to completely mislead the target and sway them towards a lie or certain thought process benefiting an International or domestic agenda. The Daily Squib is akin to an unholy mirror that reflects daily topical discourse and reanimates it in a Luciferian light of ultimate truth.

As a satirist, I have found this thankless job more to be a way of life, filled with immense passion, creativity and dedication. Satire is to me High Art and yet The Daily Squib is continually punished monetarily and censored by almighty web authorities like Google and our site deleted from Google News feed for no reason other than hysteria. It has been nearly erased from search engines in 2013, but it fights on through adversity in the name of satire. We at the Squib have a devout allegiance to the spirit of Decimus Junius Juvenal, the Roman poet and satirist born some time in the first century AD. To see us, and other fellow satirists, who create satire daily so maligned by the term ‘fake news’ is an insult to such a renowned literary genre.

Naturally, the analysis could go on forever, however in the interests of lazy satirists who can’t be arsed to explain the obvious to misinformed, ill educated nincompoops, go read a copy of George Orwell’s satire 1984; to not only understand satire, but ‘fake news’ as espoused by the fake news peddling — ‘Ministry of Truth’.