In another one of president Mugabe’s elections where democracy is strictly adhered to, the dictator and criminal who has stripped his country of its wealth for his own gain, has had a result he was not counting on.

The election, or military coup, to be more precise, ousted the tin-pot dictator and has put him under house arrest.

Speaking from his new prison, Mugabe was defiant that democracy had finally been served upon himself.

“All those previous rigged elections I presided over were proof that I was a ruthless dictator who often used violence against my own people to get what I want. I have a villa alongside Lake Como, Italy, I have numerous properties in Lake Geneva and several in other undisclosed areas. Along with my many Swiss bank accounts where I siphoned off literally billions whilst my people starved, I am adamant that the military coup committed against my terrifying regime is a just one.”

It is good to see that some form of order has finally arrived in Zimbabwe once more after many decades of the horrible Mugabe reign. 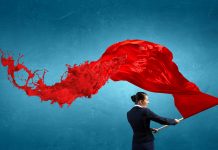 We Are Witnessing Colour Revolution Engineered by Norm Eisen Against Trump