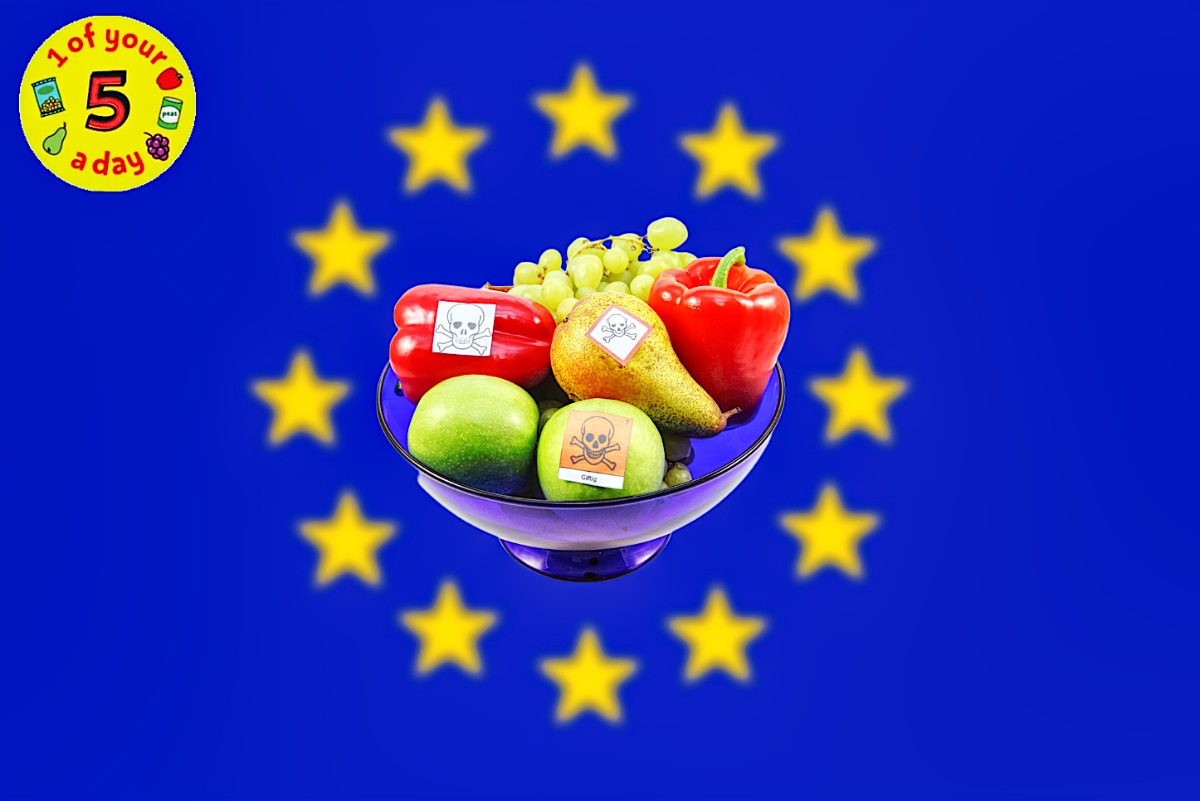 Have you had your 5 A Day portions of dangerous cancer causing EU vegetables and fruit?

The Pesticide Action Network (PAN-Europe) has revealed most of the fruit and vegetables from the EU analysed had traces of chemicals used in the most toxic types of pesticides, linked to cancers, cardiovascular problems and diabetes. They can also be highly toxic to the environment, poisoning rivers and other precious ecosystems.

The analysis, based on almost 100,000 samples, highlights a 53 percent increase in contamination by the most hazardous pesticides found in fruit over the period 2011-2019. PAN Europe’s report shows an 8% increase in the proportion of contaminated fruits and vegetables, compared to 2015-2017.

It seems the European Union’s stringent rules and diktats on other countries’ exports do not extend to the EU’s exports of fruits and vegetables, and for the sake of massive profits they are exporting deadly chemically cancer causing produce to Britain and other parts of the world.

So much for the supposed EU standards in food production, as the evidence plainly shows that there is complicity in the production of such deadly, toxic fruit and vegetables.

“I just had my 5-a-day and now have terminal cancer. Thank you, EU,” a gracious Remoaner added before dying a painful death in hospital.