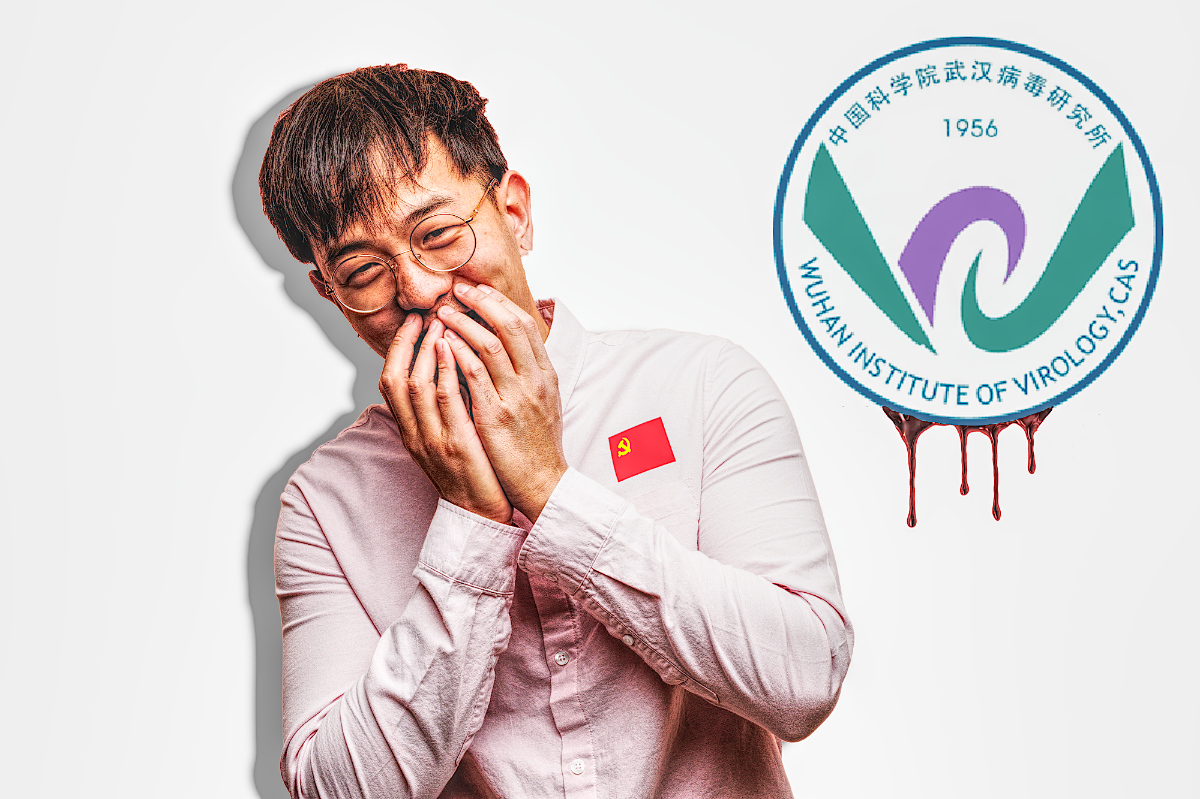 Numerous world renowned scientists and virologists have analysed the Covid-19 SARS-Coronavirus-2 pathogen and have come to the conclusion that the virus was most definitely engineered by humans, to attack humans. Scientists in China engineered the virus to cause maximum damage across the globe.

As the virus first came to the attention of the world in Wuhan, China, there is a large probability that it was engineered and released from the Wuhan Institute of Virology where the CCP and PLA have been conducting military operations creating deadly viruses, weaponising them to cause huge amounts of worldwide death.

They also conclude that “SARS-Coronavirus-2 has “no credible natural ancestor” and that it is “beyond reasonable doubt” that the virus was created via “laboratory manipulation.” Dalgleish and Sørensen claim that scientists working on Gain of Function projects took a natural coronavirus ‘backbone’ found in Chinese cave bats and spliced onto it a new ‘spike’, turning it into the deadly and highly transmissible SARS-Cov-2.

One tell-tale sign of alleged manipulation the two men highlighted was a row of four amino acids they found on the SARS-Cov-2 spike. Sørensen said the amino acids all have a positive charge, which cause the virus to tightly cling to the negatively charged parts of human cells like a magnet, and so become more infectious.

But because, like magnets, the positively charged amino acids repel each other, it is rare to find even three in a row in naturally occurring organisms, while four in a row is ‘extremely unlikely,’ the scientist said. ‘The laws of physics mean that you cannot have four positively charged amino acids in a row. The only way you can get this is if you artificially manufacture it,’  SOURCE

Further alarm bells have rung when more evidence was presented about the engineered virus strengthening the case against the evil Chinese regime that created this monstrous killer virus.

First, the virus binds more strongly to human ACE2 enzymes than any other species, including bats.

Second, SARS-CoV-2 has a “furin cleavage site” missing in its closest bat-coronavirus relative, RaTG-13, which makes it significantly more infectious.

According to Israeli geneticist, Dr. Ronen Shemesh, the Furin site is the most unusual finding.

I believe that the most important issue about the differences between ALL coronavirus types is the insertion of a Furin protease cleavage site at the Spike protein of SARS-CoV-2,” he said. “Such an insertion is very rare in evolution, the addition of such 4 Amino acids alone in the course of only 20 years is very unlikely.

There are many reasons to believe that the COVID-19 generating SARS-CoV-2 was generated in a lab. Most probably by methods of genetic engineering,” he said, adding “I believe that this is the only way an insertion like the FURIN protease cleavage site could have been introduced directly at the right place and become effective.

Dr Shemesh, who has a PhD in Genetics and Molecular Biology from the Hebrew University in Jerusalem, and over 21 years of experience in the field of drug discovery and development, said it is even “more unlikely” that this insertion happened in exactly the right place of the cleavage site of the spike protein – which is where it would need to occur to make the virus more infectious.

So far the Covid-19 virus engineered in China has killed in excess of 3.7 million humans worldwide as of writing. The global economic cost of the Chinese virus is estimated at 10-15 Trillion dollars so far.