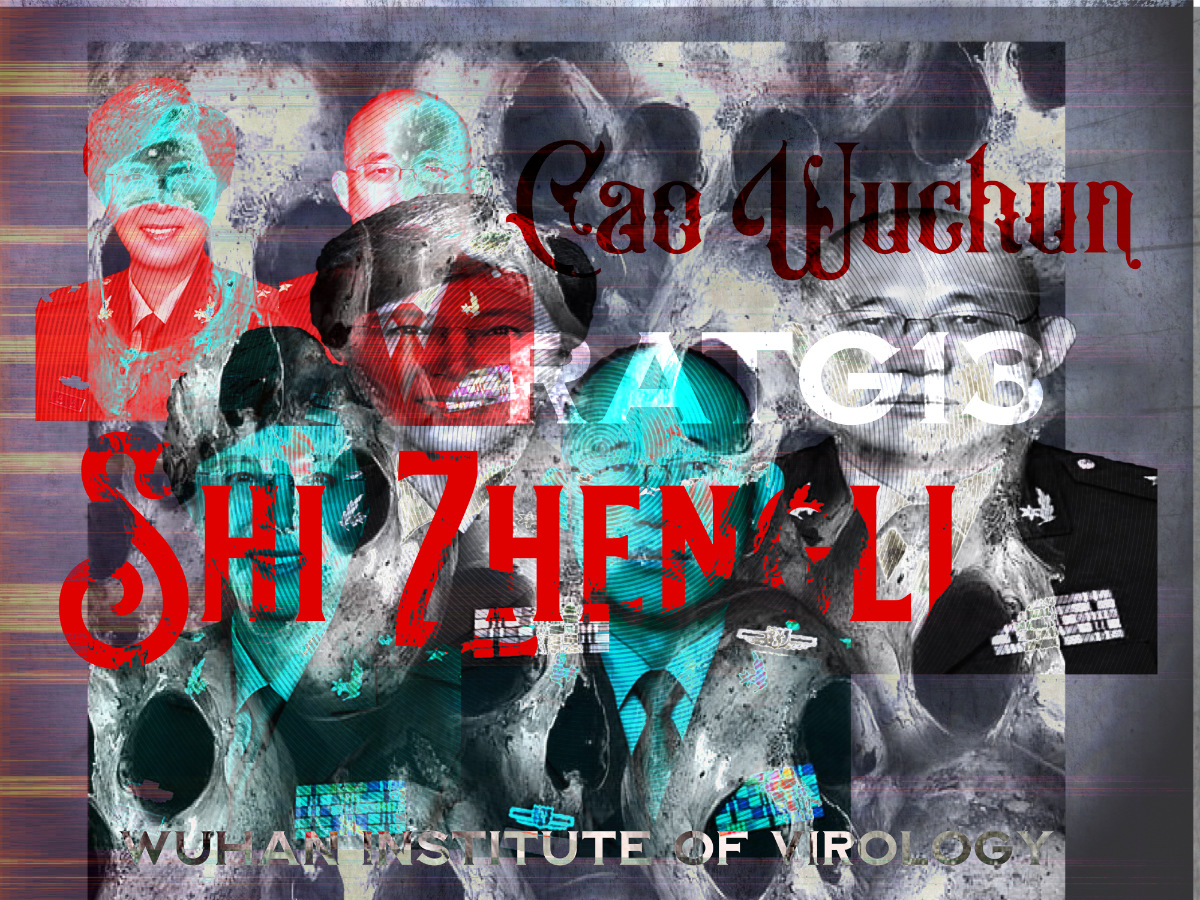 You may be wondering why China is free from the Covid-19 virus which originated from Wuhan, China, whilst the rest of the globe is mired in a terrible pandemic. Sparing the Chinese people was the plan in the first place as the Wuhan militarized virus was released by Chinese military scientists from Wuhan’s infamous virus disease centre in 2019 to spread across the globe.

“There was an initial spread amongst the Wuhan population but those infected died off and the whole operation was cloaked in military secrecy backed by the CCP and PLA. Military scientists successfully weaponised the virus and let it spread globally knowing full well what they were doing. It is no secret that anything that happens in China is hushed up and made to disappear, and this reason is why the Chinese authorities denied the existence of the virus to the West, and global countries for so long allowing it time to spread far and wide globally,” a Chinese military insider revealed.

Professor Shi Zhengli and biowarfare officer in the Chinese Army, Cao Wuchun, identified the RaTG13 pathogen, which is very close to the Covid-19 virus whilst working at the Wuhan Institute of Virology. They and their scientific teams back-engineered the bat virus, re-engineering it to be weaponised for military biowarfare, on orders from the Chinese Communist Party (CCP).

“These two are the ones who created and weaponised the virus so that the jump from human to human would be accelerated. In the wild it takes years for a zoonotic disease to spread to humans, and then human to human, but they fast forwarded the process through genetic modification techniques, then released the virus onto the globe,” the military insider revealed further.

What is the plan for the Chinese virus, and why was it released?

The role of the Covid-19 Chinese Virus is to destabilise nations globally, to cause chaos, to cause massive economic damage, and invariably to murder as many non-Chinese people globally as possible. The biowarfare element of the virus is also designed to mutate at any sign of a vaccine, and to adapt itself with multiple mutations circumnavigating human antibodies.

China’s main goal via leader Xi Jinping is total global domination, and the virus is a sort of bleach to clean out whole nations, cause as much disruption as possible so that China can gain the high ground, not only economically but militarily.

“The CCP is loving what the Covid-19 virus is doing, especially in India, where Chinese news stories daily gloat over the massive deaths of Indians daily and their inadequate hospitals. For the Chinese, watching Indians die in their thousands every day is an aphrodisiac to their senses and dreams of conquest. There will come a time in the future when the Chinese will simply move their forces in and take over with little or no resistance, and the Covid-19 Wuhan Virus is their preparation for conquest — to fight and win without fighting is the ultimate Chinese military victory,” the military insider added.

One World One China

It is almost as if the Chinese high command can switch the virus on and off at their discretion and even target global zones specifically at any time. Yes, this may sound fantastic, but there is a distinct possibility that there may be some kind of hidden element to the infections as well as the natural spread of the virus. What if the Chinese military scientists have in fact found a way to do this, it would be the greatest weapon ever created. The virus could have DNA sequences that would be triggered via secret military satellites stationed around the globe.

The Chinese invented gunpowder that revolutionised warfare for centuries, and now they have successfully weaponised the world’s most successful virus as a means of conquest that will change the world forever.

There can only be one winner in total global hegemony, and China is desperate for resources, for land, and a one world China. The West is currently caught in the headlights, and are weak, as well as slow to act. They have no clue as to the plans the Chinese have concocted for them decades ago.

Maybe one day, the Chinese will simply be able to walk into London, Paris, New York, Moscow, New Delhi without a single shot being fired. The deserted streets will greet the Chinese victors as they all cheer in unison at their ultimate triumph. The Wuhan Virus will be the hero in all of China’s plans.