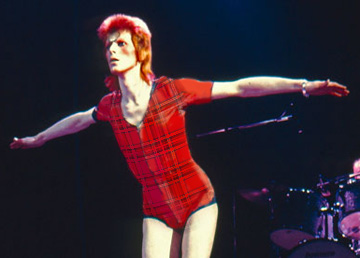 The tour will be called Scotch Oddity and the legendary artist will complete the tour only wearing tartan and a kilt.

“It’s something he’s always wanted to do. The band’s line up will include Angus Bawbag, on bagpipes, Sean Bonnet on alto bagpipes, and Jasper Fud on bass bagpipes. There might even be some caber tossing into the audience but he is getting on a bit so he might need some help with that one,” Bowie’s manager Niles Malchard, said from the band’s New York record label office.

Ziggy did have red hair in the seventies so the tour of Scotland should go down well with the locals, just as long as they’re not sober and do not realise they’re watching David Bowie.

Tour dates and venues will be announced closer to the time, in some cases a few minutes before the concerts.