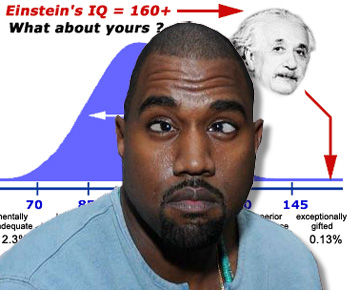 Kanye West was showing off his Christmas present his new wife, Kim Kardashian got him at a recent end of tour photo shoot.

After completing the IQ test Mr West was escorted out of the office on a faux gold plated wheelchair.