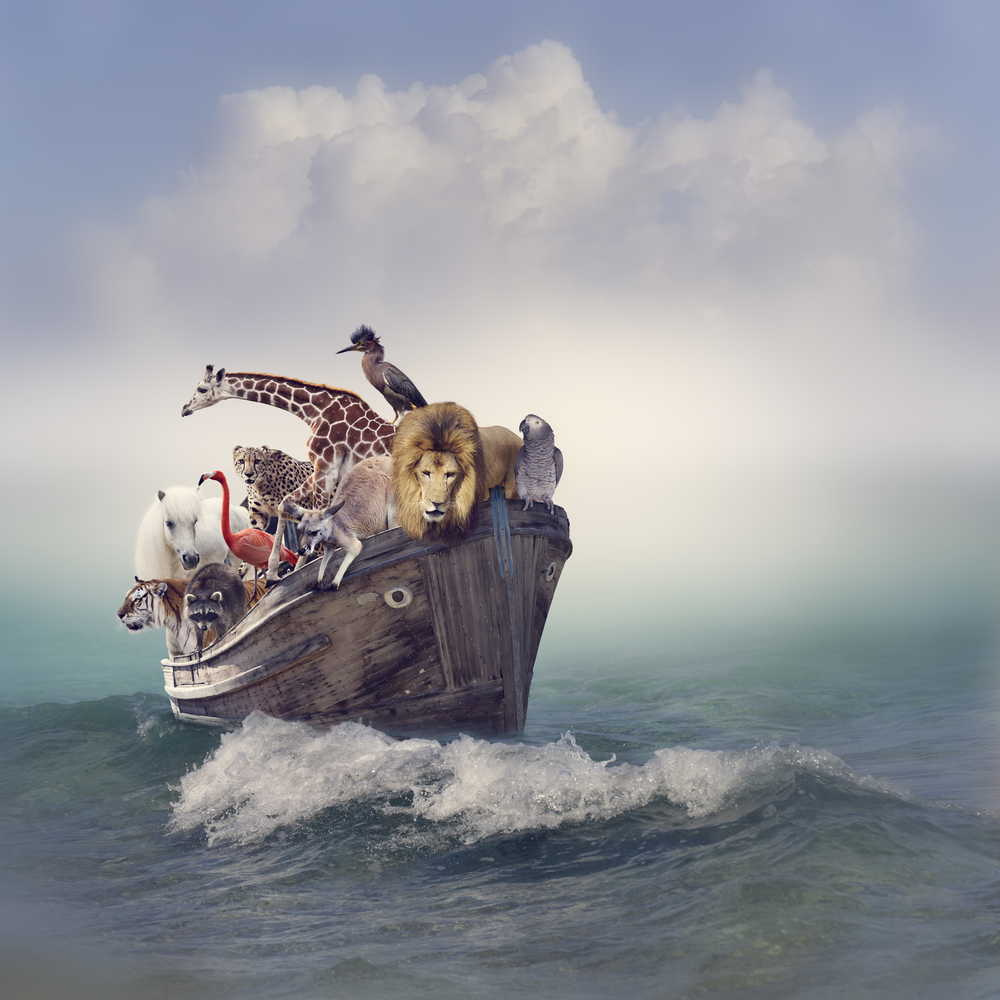 “Thanks to Noah we have all the animals, insects and birds inhabiting the earth today. If it wasn’t for species like the Flightless Cormorant travelling thousands of miles from as far as the Galápagos Islands, kangaroos from Australia, Polar Bears from Antarctica, as well as the Dodo from Mauritius, we would not have the amazing diversity of animals we have on our planet today,” a Christian archivist, Reverend Arnold Stirrup, told the BBC in a new documentary to be aired in February comprehensively reveals.

According to the biblical research carried out by the dedicated team, even though Noah was situated somewhere in the Middle East he managed to collect every species of animal on earth, from South America to Papua New Guinea to the North Pole, South East Asia, and deepest Africa.

“We all know the bible was inspired directly from god, although he didn’t somehow know that America or Australia existed because the known world in those days was simply a small area around the Mediterranean Sea. It’s kind of funny that neither the son of god (Jesus) or god himself knew that America existed, or that Australia existed considering they are all seeing universal entities, but the total flood woke Noah up and god told him to build a really big boat for all the animals. God said to put every animal and bug, including mosquitoes and stick insects, polar bears, penguins, North American yaks, moose, sloths and kangaroos into the ark. God then told Noah he wanted six pairs of each animal, with two pairs for the creepy crawlies. The animals were really grateful to Noah and behaved themselves in the boat. It did get a little choppy at times, especially when the flood waters got rough. As for the food for each animal, well, Noah got each species of animal and insect its own food supply. He somehow managed to get bamboo leaves from China for the pandas, and he built a separate feeding trough for each animal and insect, even taking time to name them, so the animals would not get confused and eat the wrong food by accident. As for the smell, you can imagine every species of animal doing their business on the floor, luckily there was a lot of straw in the ark and Noah would be sweeping and sweeping all day and all night. It was hard work for Noah, but he was doing god’s work, or was it Hollywood’s work? Ah, never mind…”

The documentary also reveals how animals crossed the Atlantic and Pacific oceans in a matter of days to reach the Middle East, so they could go on Noah’s ark so that they could be saved. It also details how Noah may have had trouble with the woodpeckers and woodworm in the boat.

All will be revealed once you watch the special Noah’s ark documentary on February 23 on BBC 6.