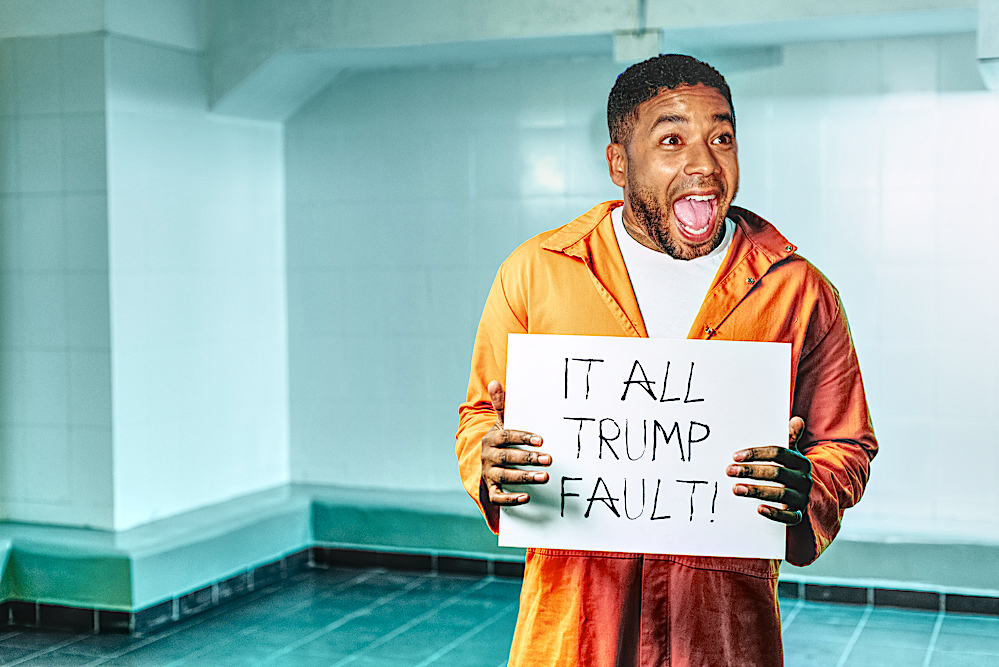 The Democrat party and American socialists are today praising the bravery of jailed actress Jussie Smollett who has claimed that a group of white Aryan Brotherhood Nazis in prison beat him to a pulp before making him pledge allegiance to Donald Trump, MAGA, and freedom.

Smollett somehow relayed what happened to him to socialist-run news stations, MSNBC and CNN.

“I is saw da group of ten or twennie Nazis. They cornered me in da shower all wearing MAGA hats, and had swastika tattoos all over they oiled up hard bodies, ‘n’ shiet! Hmmm, hmmm! I immediately bent ovah, spreading wide and hoping fo’ da best, but instead dey cracker azzez started beating me with metal spanners ‘n’ shiet. Ax me! Ax me! Whata do ta deserve this?

“Da Nazi crackaz then tol’ me bow down to da picture of Donald Trump and pledge allegiance ‘n’ shiet to democracy and freedom. Dang! I cried and cried pleading wit dem folk to just let me be. I is innocent, I tells ya!” 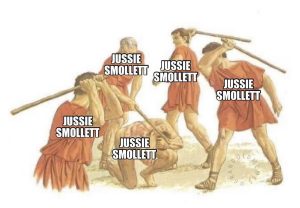 According to prison guards who immediately went to Smollett’s cell, they found a hang man’s noose and the words MAGA painted all over the cell walls. There was also a big sign saying it was all “Trump’s fault” with a big arrow pointing to the noose.

Warden, Dean Holbrook, said: “We are looking at this incident very seriously. We looked through the CCTV footage and saw Smollett shouting into thin air, then smacking his own face with a bar of soap before fashioning a crude noose from his bedsheets. He then used some lipstick he illegally brought into prison to write over the walls.”

Activists and CNN reporters camping outside the prison walls for two days have been awaiting the fate of their hero and chanting “Free Smollett! He did nothing wrong! It’s all Trump’s fault!”