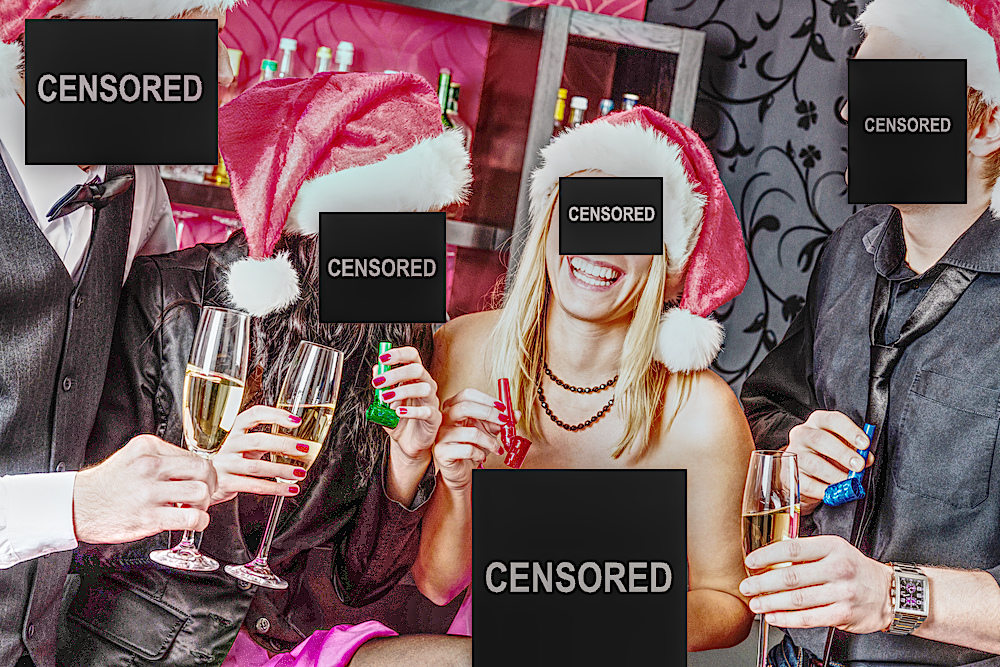 What’s all this talk about a bloody Christmas party at Number 10 last year when everyone was ordered to be locked down sitting alone in freezing cold rooms watching awful re-runs on telly, munching on cold morsels of fucking turkey?

There was certainly no Christmas party at the Number 10 flat, no, it was just a Tory party.

Wine and cheese? Nonsense, there was nothing of the sort, the Tory party gathering consisted of socially distanced members of the Tory party sitting around a room on chairs five feet apart, and all members wore masks over their faces.

“I was wearing my gimp latex suit when I arrived fashionably three hours late, and was greeted at the door by Carrie and her friends. Boris was in the corner guffawing whilst stuffing copious amounts of cheese and crackers into his mouth, intermittently taking large glugs from a champagne bottle of sorts. Boris was half naked and had his usual nipple clamps on.

“As for Sajid, all I saw was his shiny, sweaty bald head bobbing up and down behind the sofa. The groans emanating from behind the sofa were mixed with obvious pleasure and pain, as one knows, a delightful mix.

“At one point, there was a brief pause as Shapps rushed across the crowded room, jumping over all the writhing bodies. It was too late. He projectile vomited over Carrie’s wallpaper and dog. There was not too much difference, I remarked in my head, before curling up in a ball on the floor in the foetal position.”