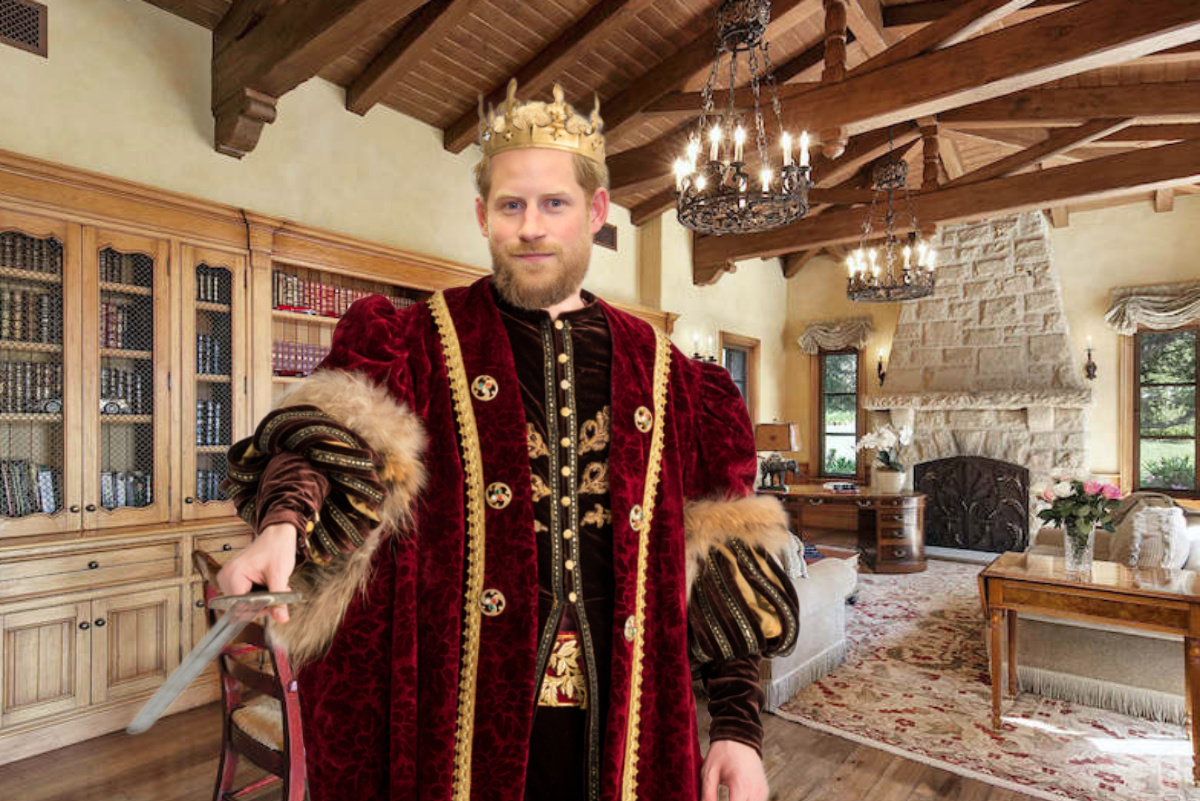 American royal author appointed by Queen Meghan and King Harry, Ringo Scoobie, has outlined in a new book that the American royal couple have knighted their first Sir on American soil.

According to Scoobie, the author of the book, King Harry knighted their most precious gardener for his services to Bougainvillea.

“The ceremony began in the morning when José turned up for work. He was informed by the California-shire palace’s footman that he was to be knighted that day. I cannot repeat the words he said, but it included Spanish words like ‘puta’ and ‘madre’.

“Once José was escorted to the throne room, King Harry and Queen Meghan rose from their respective faux gold thrones, made in Mexico. José approached the American royals, and was ordered to bow before them. King Harry then took out a fake sword ($14.99 from Walmart) and knighted the gardener by patting each shoulder with the plastic blade of the cheap sword.

“The King then said a few words to José, about his service to the garden, especially the care of the Bougainvillea, and announced to the assorted courtiers ‘Arise, Sir José Guadalupe Fernando Monteiro Hernández Ricardo Mojon Domingo Fuentes Chingada Jesús Paolo Guerrero, I knight thee in the name of the Archehole Foundation and Netflix.’ The gardener was then informed that he will be given a $6.35 increase in his hourly salary and led away.

“The King and Queen of California-shire, and the United States of America then retired back to their thrones, where they proceeded to discuss the day’s business of planning their next photo opportunity and heavily planned PR exercise.”

It is not known how many more honours or knighting ceremonies the King and Queen plan in the future.

In other news, Queen Meghan has also acquired 14 Corgi breed dogs for the California-shire palace with 16 bathrooms. The corgis were shipped directly from Wales from a renowned breeder.

Queen Meghan has staunchly denied the American royals are competing with anyone else, ahem, mention no names.