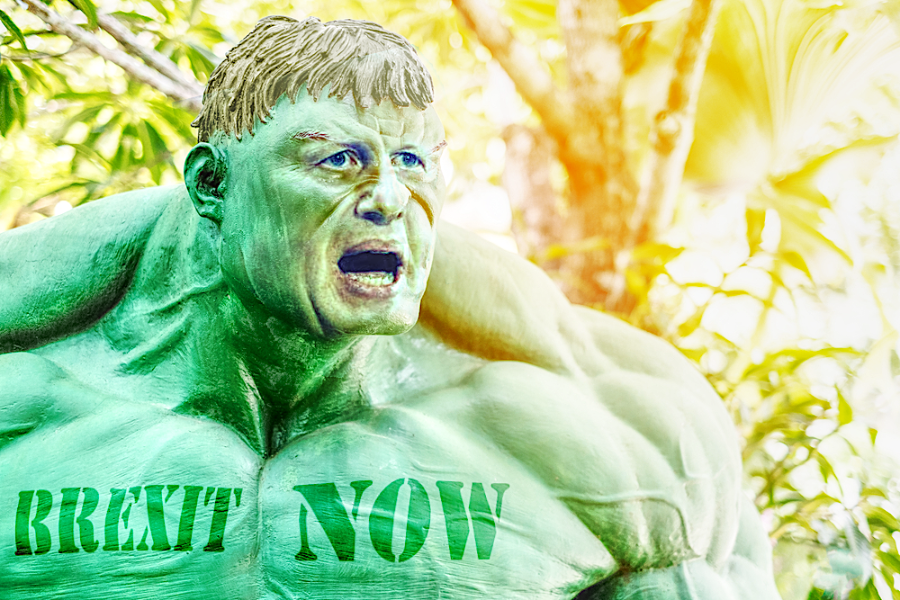 Boris Johnson is on a mission and every time something is put in his way he like so many in this country get angrier and angrier — like the fucking Hulk.

The only and real Hulk actor Lou Ferrigno would agree with this message, that other pathetic champagne socialist girls blouse, whatsisname Ruffafagalo can go and jump off a cliff, because he only brought great shame to the role with his CGI depiction.

The people are getting angrier, the PM Boris is getting angrier, and we will not be stopped, we will punch through concrete barriers, we will smash through Remainer barricades leaving their arms and legs on the ground still clutching their Soros funded banners. There will be bodies pulled apart, guts spilled, and straining green monstrosities squashing the flaccid weak Remainer slime as they try to stop democracy and Brexit.

There is little time left, and the Remainers can try all of their illegal corrupt methods to thwart the EU Referendum vote of 17.4 million people ever coming into fruition. To frustrate and dishonour the vote will mean millions of people will never vote again, it will cause massive civil discord for the next thirty to forty years, it will cause a crisis in this country that will escalate exponentially.

The Hulk does not fuck around, so step out of the way, or be squashed by the sheer force of Brexit.