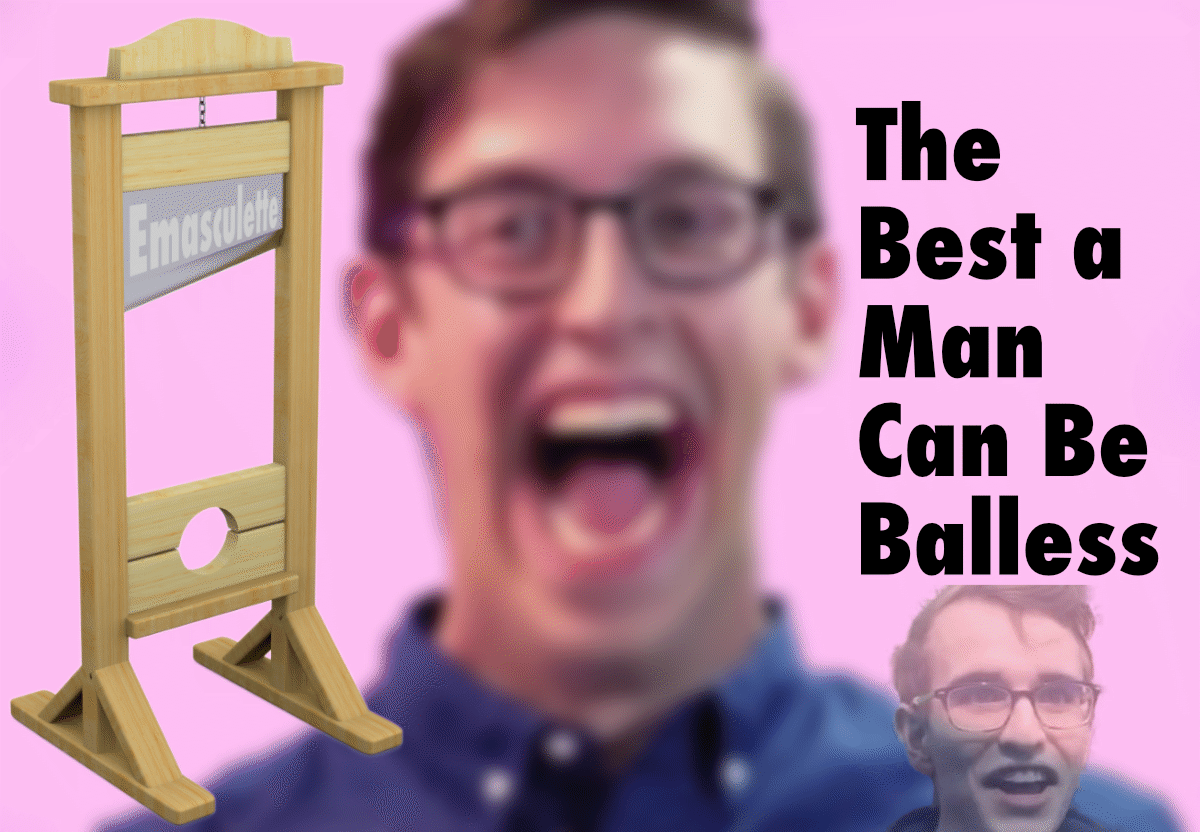 The latest product from Emasculette is wowing the new generation of femen who have no need for their testicles anymore by introducing a revolutionary castration razor device.

The Buzzfeed, Soy Boy generation of femen who develop ‘bitch tits’ after indulging in copious amounts of testosterone lowering soy products and support the soviet feminist movement denigrating all forms of masculinity, have been targeted by the marketing department of anti-male razor company Emasculette.

“We made a mistake by directly attacking all men in our last campaign, with an ad which saw our sales fall for traditional razors as real men discarded our product and chose to use alternative company shaving equipment. We have instead looked at our data research files and accumulated a new target for marketing our razors. We will exclusively sell our latest razor contraption to men who are effectively not real men anymore, and have willingly rejected masculinity,” Emasculette’s North American marketing account head, Nina Scrote told Marketing Week magazine.

“The Best a Former Man Can Get”

Emasculette’s product line will now discard traditional razors for real men, because sales have dropped to such a low level. The only positive thing that happened after their recent ad campaign was an increased level of discussion on social media, where men were posting pictures of their binned Emasculette products. They say all publicity is good publicity, however when you have no sales anymore, that quotation can be quietly discarded.

The Emasculette Castrator comes with the product tagline: “The Best a Man Can Be — Balless” and the product promises to flush away a man’s masculinity in seconds.

“With this product, we use double edged razors to chop off a man’s ball sack, you know the scrotum and testicles. In this day and age men don’t need those anymore. Fashioned much like a mini-guillotine, the contraption requires men to put their balls into an opening, the razor is lifted high on the scaffold and locked into place. By pressing a lever, or tapping a button on their smartphone, the razor drops at a speed of 100 MPH chopping off the man’s masculinity cleanly. After that, simply flush them down the toilet, take an aspirin and you too will be the Best a Man Can Be — Balless.”

After announcing the product’s launch on Buzzfeed and all social networks, the response for Emasculette’s Castrator has been stupendous.

“We never anticipated the rush to buy the product and how many soy drinking emasculated men there are out there. It just goes to show that the soviet programming of constant repetition of an anti-male agenda does work and we have reduced Western society to a place where men are taught to hate themselves from a young age. We have also indoctrinated men to view their masculine survival instincts honed over thousands of years as toxic. Mission accomplished we say.”

Castration is the new masculine

John Malvina, a soy drinking Twitter executive was one of the first to try the new Emasculette product and even tweeted about the event afterwards.

“I put my tiny little scrotum in the machine’s entrance point. It’s gotten real small from all those years of soy milk. Everything’s all clear in the instructions. Then I downloaded the Emasculette Castration app, from the Play Store. It counted down for me from ten and whoomph! my balls and everything were gone. The machine immediately seals everything up and you can take a painkiller pill afterwards if there is a slight itch. The great thing is I now have zero sex drive, my voice is now wonderfully high, I do not need to shave anymore, and my bitch tits just grew a few bra sizes — not much change from before then, eh! I am the new man of the office, and all the other men are getting their Emasculette Castrator kits too. Thank you so much. Ooh, I have to go now, the latest Ariana Grande song just came on the radio, she’s so fabulous, ooh look at her new hair do!”

The Emasculette product is being snapped up by thousands of tech companies in Silicon Valley to give to their male employees as well as prominent internet news companies like CNN, MSNBC, Buzzfeed and hundreds of university campuses across the United States.

Prostate and Grumble shares rose by 45% after the Castration razor kit was announced. 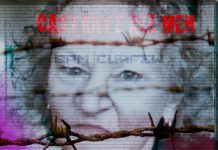