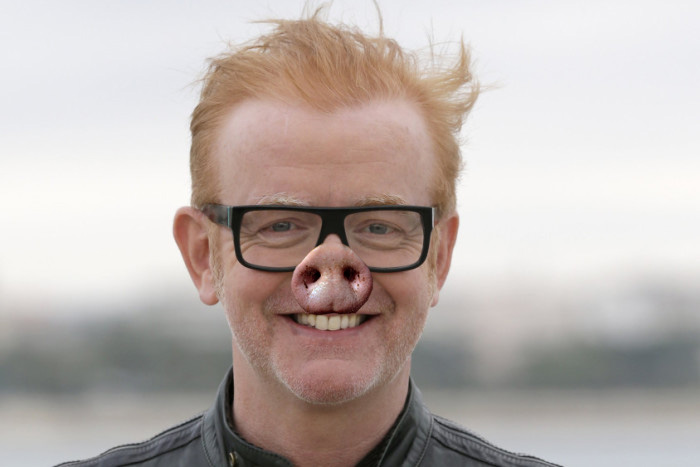 Amongst the revelations revealed yesterday about the massive gender gap in pay for the so-called BBC ‘stars’, at the top of the sordid heap we found radio DJ, Chris Evans.

Not content with his £2.5 million per annum BBC taxpayer funded salary, the Radio Two morning screecher is demanding another whopping pay rise to £5.8 million.

“I spoke to the head honcho, and I said, it’s hard work pressing buttons in the morning to play music and shout down the microphone. In fact, it’s such hard work that I sometimes need three or four more lines of the special stuff in the mornings to do the job. Plus, I’ve just built a fourth garage at the mansion and the Bugattis will be delivered soon.”

Next year the TV licence tax may rise to £260/annum to compensate for the ridiculous sums involved paying people who either simply read from an autocue or roughly shout into microphones in the morning after playing a few poorly chosen records.

Impartial BBC Controller, Edgar Evans, was adamant that the TV licence will have to rise in the new year as salaries rose incrementally.

“It’s not just the stars of the BBC who receive large sums of taxpayer funded money, but behind the scenes, controllers like me take home pay packets that are quadruple of what was published yesterday. Yes, it’s all thanks to the dumb licence fee payer, anyone with any gumption or conscience would have refused to pay the licence tax years ago, but there are millions of idiots in this country who are too brainwashed too care. Keep paying us the money while we feed you mediocre crap day in day out you fucking plebs. I laugh as I sail my new yacht in the Mediterranean, all paid for by the BBC Tax, thank you.”