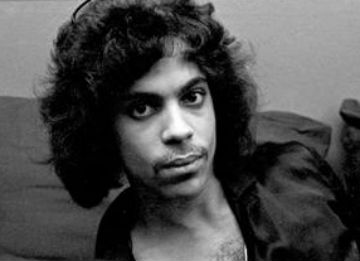 The heavens opened up last night, something big was moving on up into the universe, may have been little in the physical world but damn it Prince Rogers Nelson was a big soul.

Apart from being able to play twenty instruments, arrange, dance and compose some amazing songs, Prince was also a reclusive eccentric who was born into a time that made his music timeless.

From falsetto to baritone, this mutha had everything, and there will possibly be none like him ever again.

Prince was always on.

The Squib office is now officially in a mourning period, as we hail witness to one of the greats, a contemporary genius and innovator.

Sometimes it Snows in April

just after I’d wiped away his last tear

I guess he’s better off than he was before,

A whole lot better off than the fools he left here

Those kind of cars don’t pass u every day

I used 2 cry 4 Tracy because I wanted to see him again,

Sometimes I feel so bad, so bad

and all good things, they say, never last

Springtime was always my favorite time of year,

A time 4 lovers holding hands in the rain

Now springtime only reminds me of Tracy’s tears

He used 2 say so strong unafraid to die

Unafraid of the death that left me hypnotized

No, staring at his picture I realized

No one could cry the way my Tracy cried

Sometimes I feel so bad

Sometimes, sometimes I wish that life was never ending,

And all good things, they say, never last

I know that he has found another friend

Maybe he’s found the answer 2 all the April snow

Sometimes I feel so bad, so bad

Sometimes I wish that life was never ending,

But all good things, they say, never last

And love, it isn’t love until it’s past