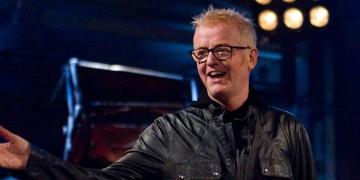 Turning Top Gear into the One Show or something resembling the turgid  Don’t Forget Your Toothbrush will certainly endear the deeply Left wing stazi agents working deep within the bowels of Auntie’s rectum, but will it sate the appetite of the true motor enthusiast and politically incorrect blokey bloke?

Well, you can guess the answer to that.

“No, no, no, no! I watched the preview and seeing that chattering quasi albino with his fucking up tempo squirrel natter had me in fucking despair. My ears, my ears, I was tempted to stuff cotton so fucking deep in there I’d never hear anything ever again. It is better to be deaf than listen to some prosaic ginger klazomaniac doing the same old thing but on a different format. So what if that twat owns a few Ferraris, he gets his assistant to fill the damn things, this guy has no idea about the intricate nuances of motor vehicles and what makes them tick, he has no history, no fucking oil on the sprockets or the fine tuned mischief reminiscent of Last of the Summer Wine that made the show. Chris Evans? What next, Jamie ‘fat tongue’ Oliver?” a former Top Gear enthusiast said before switching to the Dave channel.