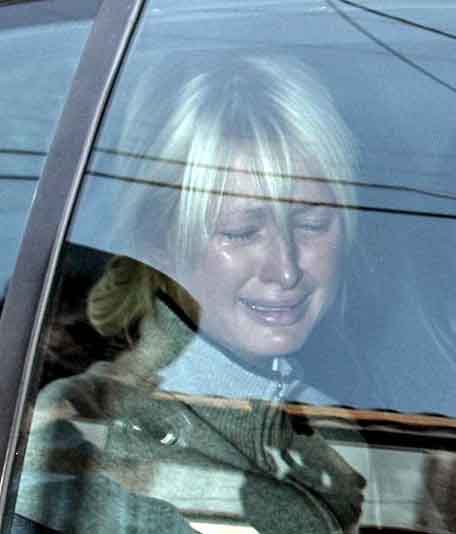 The Paris Hilton celebrity jail fiasco took a turn from the bizarre to the downright hilarious as Sheriff Lee Oswald, who famously let Ms Hilton leave jail after 3 days, was overruled by Judge Harry Eastwood who wanted to uphold the ‘Law’.

The Sheriff will now NOT be getting a brown envelope in the back room of the Beverly Hills Golf Club and is ‘darn right pissed’.

Meanwhile, as expected, there were some great photo ops for all with wailing baby Paris Hilton clumping around like a spoiled brat blubbing for, “…mummy, mummy, mummy!”

Paris is a ‘star’ without any discernible talent. She cannot work because she has no talent so she resorts to using cheap publicity tricks to keep the public’s attention.

One of her stylists said: “It’s so cruel what has happened to her. She wasn’t allowed to wax or use a moisturiser. Her skin is so dry right now.”

Ms Hilton did not also get a chance this time to attach her hair extensions or apply make-up to her face.

This is a great tragedy to Hilton’s worldwide public relations media blitz that has been ongoing for the last few years.

Paris Hilton has inundated all worldwide media with her shallow, banal, brainless narcissism for so long that maybe a few days break will give the rest of the world some time off from her incessant bleating and photo ops.

It seems the errant socialite wants to milk as much publicity as possible before her re-entry into prison.

Media experts are expecting another exit attempt from prison in a few days, then another re-entry immediately after another judge overrules the exit.

The entry, exit and re-entry charade will be ongoing for the next 45 days and will culminate when the right judge gets the right pay-off amount and best publicity.

This is a high-end game of pass the parcel except, these parcels contain clean untraceable notes.