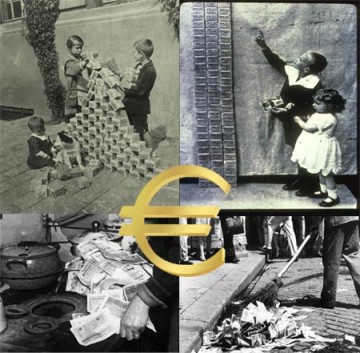 ‘The vast majority of the UK’s financial regulation is determined by the EU, and the warning today from the Bank of Italy that EU rules have made it virtually impossible for national governments to adequately respond to future banking crises should be of concern to us all.

‘Of additional concern is the proposed solution: further eurozone integration. This would mean that the UK’s influence within the EU would diminish even further – compounded by the fact that Mr Cameron gave up our right to veto such a move during his renegotiation.

‘Financial services regulation in the UK has been considered best-practice ever since the crash and indeed some aspects of it such as liquidity risk regulation is watered down in the EU implementation of Basel III. To maintain the most effective regulatory control of our own financial services as well as to prevent UK taxpayers potentially being on the hook for a future eurozone bank bailout, we have to Vote Leave.’

As reported online by the Financial Times today, the Governor of the Bank of Italy said in the central bank’s annual report:

‘There is the danger not only that national and European authorities will be unable to react adequately to major shocks, but even that they will have trouble avoiding contagion triggered by circumscribed tensions. To effectively reduce overall risk, the measures designed to attenuate specific fragilities must be accompanied by adequate safety nets based on supranational instruments.

‘In the case of the banking system, the possibility of utilizing public resources, whether national or European, as a means of crisis prevention and management has been virtually eliminated. International experience demonstrates that, in the face of a market failure, prompt public intervention can prevent the destruction of wealth without necessarily generating losses for the State, and indeed often producing profits. Greater scope for intervention of this sort, exceptional as it may be, should be reinstated.

‘Moreover, the European Commission’s position on state aid precludes the use of mandatory deposit insurance schemes for purposes of crisis prevention and orderly crisis resolution, even though these funds are private, given that they are financed and independently managed by banks; the effective conduct of recovery and resolution procedures, instead, requires the use of all the tools available. There is no reason to stigmatize as improper state aid those initiatives that help to correct market failures without undermining competition. A rigid interpretation of the regulations on state aid, with little regard for financial stability, has also hindered the plan for creating a company to manage Italian banks’ non-performing loans.’

‘The single currency needs to interact with a single fiscal policy. To be effective, a fiscal union requires the introduction of common debt instruments and, at the same time, decisions on the treatment of pre-existing national debt with a view to a single euro-area debt.’