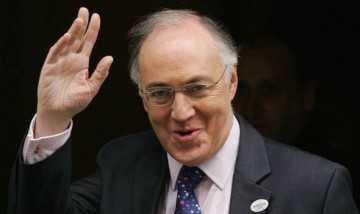 Critical of the CBI’s record on the EU

‘In 1987 the CBI called for full UK membership of the European Monetary System. British membership of the ERM led to interest rates hitting 15% in 1992 and millions of homeowners going into negative equity. After the UK crashed out of the ERM in September 1992, on Black or White Wednesday, depending on your outlook, it enjoyed a sustained period of economic growth.

‘And in 1999, the CBI argued that joining the Euro would “deliver significant benefits to the UK economy”, including allowing British companies” to participate fully in a more complete and competitive single market” ( Sound Familiar ? ).

‘And there were dire predictions that, if we didn’t join, inward investment would dry up and the City would lose its place as a leading financial centre.

The arguments are all too familiar.’

Lack of democracy in the EU is hurting business

‘But if a government, having made its promises to the electors, is unable to keep those promises, not as a result of any conscious decisions on its part but as a result of the decision of some extraneous unaccountable body, such as the unelected European Commission or the unaccountable European Court of Justice, that crucial connection is broken. The lever which gives our people control doesn’t work.’

‘And because that increases the feeling of alienation which I described earlier it is a threat to us all, including business.’

The European Court of Justice has made us less safe

‘It is further increased by decisions of the European Court of Justice which make us less safe than we would otherwise be.

‘Among many such decisions, the Court has ruled that the Home Secretary is not allowed to refuse entry, or to deport, citizens of European countries who our courts have concluded are involved in terrorism.’

The CBI are ‘citizens of our country as well as businessmen and women.’

‘You are citizens of our country as well as businessmen and women.’

You want to be safe just as the rest of us do. And if you cannot carry out your business in a safe environment you will suffer the consequences, as business people as well as citizens.’

Set out the economic gains of a Vote to Leave

‘At the moment, every UK business must comply with “single market” legislation, even though just 5% of British firms export to the EU. This is a system which has an inherent tendency to produce disproportionate burdens on small companies, impeding their competitiveness.

‘And if we Vote Leave we can take back the power to make our own trade agreements. At the moment we have no trade deals with India, China, Brazil-or even Australia and New Zealand. We have to wait for 27 other member states to agree before we can arrange a single trade deal.

‘And to those who say that that trade with the EU will fall off a cliff if we leave I commend the words of the Prime Minister.  “If we were outside the EU altogether…” he said “….of course the trading would go on.

‘You could look at it this way.

‘If we left the EU with no trade deal-inconceivable given the tariff free zone from Iceland to Turkey- our exports would face EU tariffs averaging just 2.4%. But our net contribution to the EU budget is equivalent to a 7% tariff. Paying 7% to avoid 2.4% is mis-selling on a scale that dwarfs the scandal of PPI.’