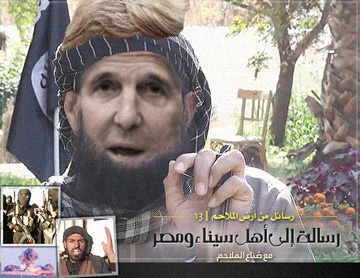 What was meant to be a diplomatic trip to visit embattled Iraqi president Nouri al-Maliki has turned out to be a disaster for the State Department as US peace envoy John Kerry today joined ISIS after absconding from a photo call during a news conference.

CIA agents on the ground confirmed that Secretary of State John Kerry had gone missing but were not allowed to give any more details.

Lana Tourry, a CNN reporter in Baghdad did however receive pictures that confirm John Kerry is now an active ISIS brigade fighter and has joined in the fight for Baghdad.

“Well, looks like Mr Kerry is now one of them. I must admit though, we love what he did with his toupee. How original.”

There was no comment from Washington on the desertion of office.