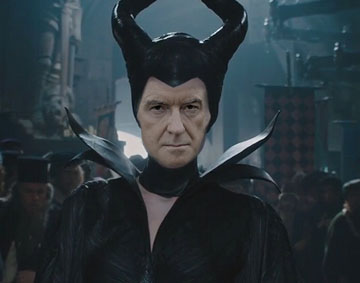 Darkness falls across the land, it is 2015, and the counting has ended. Something dark and slimy has been roused from its slumber, deep in the bowels of its luxury mansion acquired by mysterious means but don’t ask about that now, it’s too late. The evil Mandy Maleficent has been released, unleashed onto the pitiful maw of voters duped once again.

What will Britain be like with the likes of Ed Miliband, Ed Balls and Mandy Maleficent spreading their diseased socialism down your gullet whether you like it or not. To say that Britain will be like hell is an understatement, because the sulphur will burn your eyes and make you wretch every time you hear another governmental announcement about some new law that no one needs.

The streets will be teeming with chavs and neets once again, as they stick pitchforks into your wallet and beat the living crap out of you just for having a few pennies in your pocket.

Labour cronies will once again lavish themselves on extravagant trips, pork pies and taxpayer funded taxi rides to Beijing.

Taxes will increase hundredfold to accommodate the useless socialist welfare state bulging bigger everyday with the weight of immigration and laziness.

As for the deficit, when Labour is finished with its first term expect that to have trebled or quadrupled.

As you sit in the car park (any road in Britain) you will look out onto the sea of cars and trucks from all over the world, and wonder when you will get home for a much needed cuppa.

Labour will unite with the EU. This is what they do, they unite everything, as good communists do, with their collectivist dreams, they will unite everyone in poverty and pestilence.

You will all be the same. You will not have any hope, you will obey the evil doctrines and you will bloody well enjoy your assimilation because there will be no choice for you.

Look up in the sky, a winged nightmare casts its shadow over the land, as it beats its wings with vicious malevolence seeking revenge over the innocent victims of the first past the post voting system.