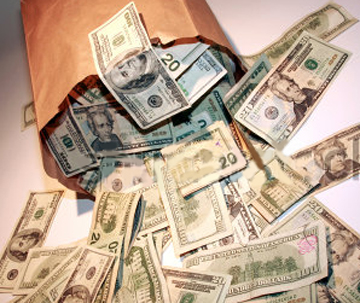 “I am going to bribe..ahem..give you guys billions of dollars so you stop bribing and corrupting each other. This is going to be a big bribe so the little bribes stop altogether or don’t get noticed so much,” Joe Biden said as he handed a Ukraine official a brown envelope.

The unofficial rules therefore are: if it’s a very large sum of money, then it’s not a bribe.

Ukrainian officials today took the U.S. money, and proceeded to spend it as quickly as possible.

“We don’t have much time. Might as well get our kicks before the shit hits the fan and we lose the lot,” Varkov Sliminski told a local reporter.