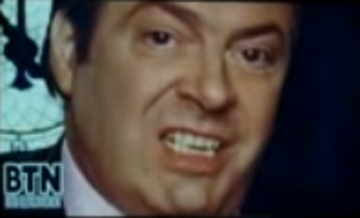 Naturally the Squib was up on the whole Ukip thing a while back, and our words then, seem to be coming true now.

Here’s a brief guide on the political parties:

1) Conservatives – Certainly enterprising, they’re good for making money, but you have to play by their rules. Cammo is a europhile, and will do anything to get us into the EU single currency.

2) Labour – Socialists of the highest order. Good at spending taxpayers money we don’t have, will increase taxes to impoverish everyone and increase our debt burden again through unfettered spending, look at France’s Hollande as an example, and Gordon Brown. Miliband is not only a europhile but a Marxist pinko commie, just like his dad.

3) Lib Dems – Nothing. Absolutely nothing..

4) Ukip – Wants out of Europe, send the fuckers home, the lot of them, even the ones born here. Farage seems to talk with a brutish honesty when it comes to mass immigration into this tiny island. Appeals to people with some form of common sense. Not very friendly to ‘darkies’ though, as for economic policy, well if everyone who wasn’t meant to be in Britain left tomorrow, the economy would boom. The world is a very large place, and Europe is not everything when it comes to trade. Keywords, manufacturing, manufacturing, manufacturing. It’s just a case of exiting one totalitarian state for another — the soviet EU for Ukip.

5) None of the Above – It’s all a load of bollocks and a sideshow to keep the masses entertained. Elections don’t solve anything because the same people behind the scenes are always still in charge and dictate all policy. Democracy, in the modern sense does not exist in the UK, EU, or US. Best to leave it all alone eh..