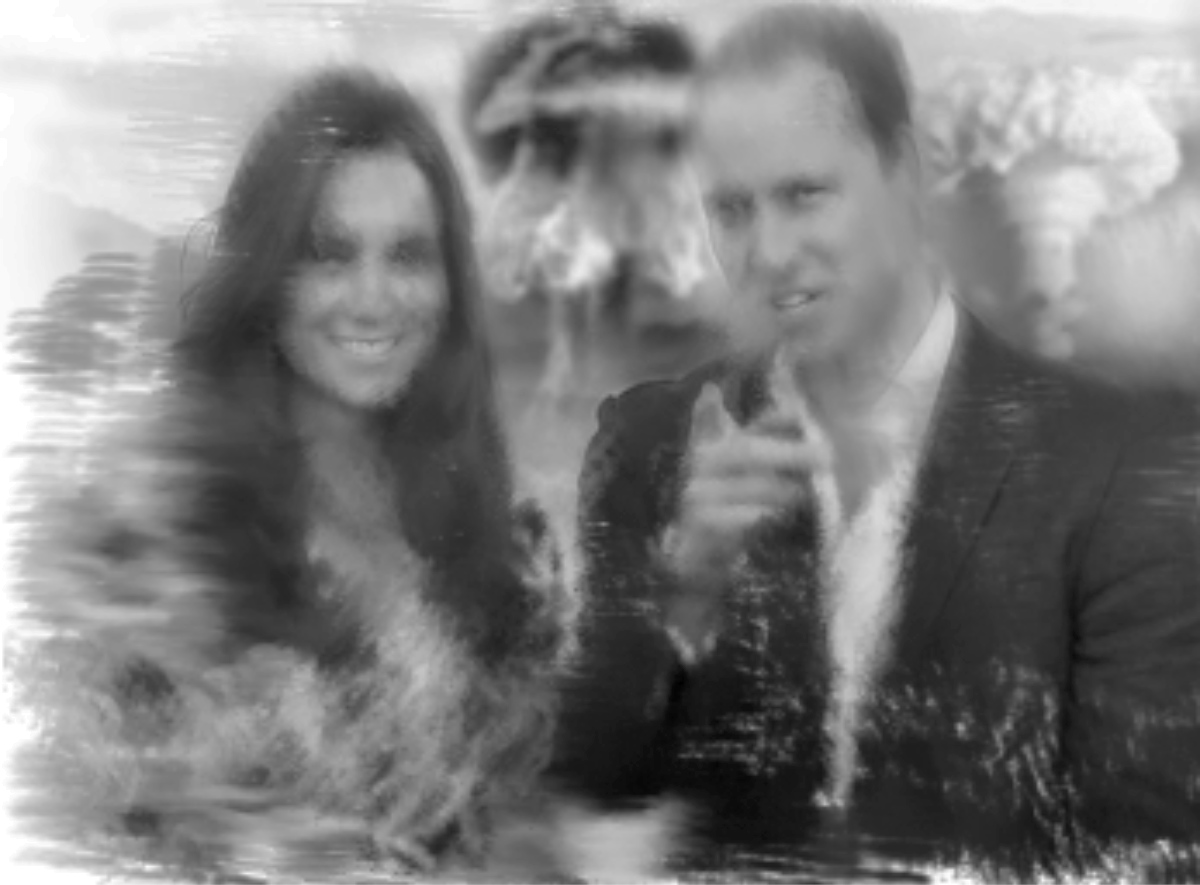 The spectacular views of mushroom clouds exploding in brilliant multicoloured lights and the sound of people running in terror left the Duke and Duchess of Cambridge awe struck with the magnificence of World War III beginning.

The royals were given a guided tour of some rocks in the Australian Outback far away from the nuclear detonations.

The couple described the sight of the multiple mushroom clouds as “beautiful” and said they would like to return one day with Prince George, once they come out of the bunkers in ten or fifteen years time.

Croc McGreggor, the local Crocodile Dundee character, who runs the local watering hole, acted as the Duchess’s guide, while the Duke just sat there in awe as he witnessed the atomic fireworks display and nuclear winds blowing radioactive dust everywhere.

The Duke of Cambridge quipped: “It’s beautiful. I watched the first salvo of nuclear detonations explode and stood there in wonderment at the magnificence of those Russian missiles. We can see it in Australia, god knows what’s happening in Windsor. I hope grandmama is okay. I presume they’re in the nuclear shelter by now. Ah, it’s good to be royal, sorry for all the rest who aren’t going to make it, but look on the bright side, we are.”

The couple posed for pictures at the beauty spot and were introduced to three cowering Aboriginal Elders, representing the defeated Aboriginal locals who were nearly decimated by the white man many years ago.

They presented the royal group with some irradiated stones and a chewed up kangaroo skin before running off into the bush terrified by the nuclear winds coming ever closer.

Later, the Duke and Duchess with the royal entourage were whisked off to a secret bunker somewhere to enjoy the rest of their stay.

What a wonderful distraction to the end of civilisation as we know it.