“Ever since the earth had a climate, it has changed. If the earth did not have a climate, then it would not change,” Ed Parthibs, an analyst on the Climate Change project based at the North Pole revealed yesterday.

“Let’s see, the earth is 4.54 billion years old, therefore our study spanning 40 years ain’t much is it? The earth’s history of climate change can be viewed in soil samples spanning back millions of years. The earth used to be very hot once, then it cooled down a bit, then it got hotter, and this was before humans were around.

“When humans got all industrial, the earth’s climate was doing it’s own thing, but then there were too many people, and things got a little overcrowded. You had greedy nations who used up lots of resources, and poor nations that got sucked dry of resources. My guess is this ‘climate change’ shit is nothing to do with the earth’s natural climate change but simply about over population.

“As resources dry up and are completely depleted, there will be more unrest amongst the locust-like human populations. So, to surmise, this is not about climate change but about too many people. What’re we going to do about it?” 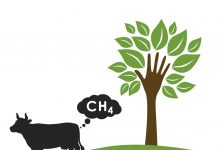