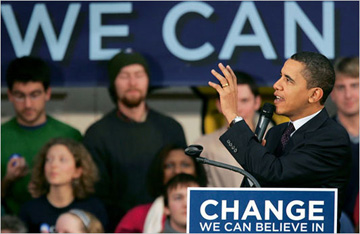 You know we love that Obama chap here at the Squib, we don’t have a critical word to say about him, and that’s why he has ordered the FCC media controllers into our North American offices to ensure we continue to say the right things.

Obama is a great president. One of the best. He’s, er, really an amazing guy who came from Africa, and united America.

Throughout his tenure, he has shown great courage in dealing with issues that matter, you know like gay marriage, legalising marijuana and allowing all illegal immigrants from the South American continent to enter the United States without fear of persecution or incarceration to become fully recognised U.S. citizens.

Obama shot Bin Laden. Oh yeah, if it wasn’t for Obama, Osama would still be alive right now, but he’s dead. So Obama got the bad guy.

Did we mention Obamacare? That’s something that Obama really cares about, because he cares about your health. He really does, and Obama has made it his mission to ensure all Americans get the same care as everyone else. Now that’s a real achievement right there.

Under Obama racial tension has eased and there is now great racial harmony in the United States. In fact, you can get knocked out with the level of  harmony that Obama has brought with him.

Guns are deadly. Outlaw guns and no one will die again from a gunshot wound. Obama wants to outlaw guns from citizens. Obama is doing the right thing there, so you all need to drop the guns on the floor, take two paces back and hand them over to the heavily armed police officer, or better still, your friendly local armed criminal.

Obama loves to travel. This is why he has made air travel so pleasant, not only for Americans but visitors to the great American nation from abroad.

Obama is a great guy, he even plays golf sometimes and takes a vacation once in awhile, just to show the people he can relax like a regular American.

We have not written this article under any form of duress or control, the Daily Squib has not been punished by any large corporation under the control of Obama that controls the internet and the right to free speech and we totally love Obama and all the corporations, agencies, under his control.