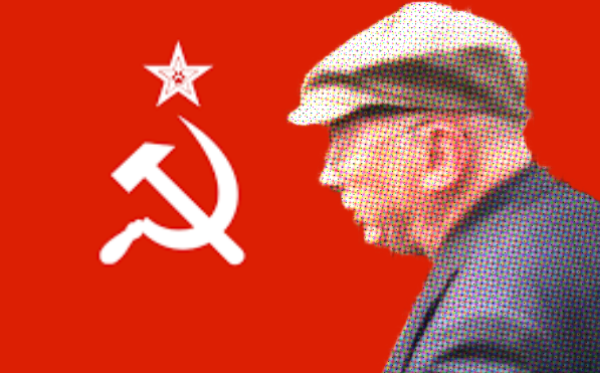 “It is nigh on impossible to have a functioning so-called ‘conservative’ government to actually push through policies when the majority of parliament is socialist or Marxist. How can any government function when the entire civil-service is a far-left leaning Marxist construct that tries to ruin any type of conservative policy before it is even implemented?

“Britain, post-Brexit is a stunted nation held back by EU brigands, implanted EU agents thwarting any form of freedom, and far-left zealots who despise any form of prosperity for the country. One only has to look as far as the House of Lords, where the majority of members are either affiliated with the EU or the Labour Party. Since the abolition of hereditary peers, the House of Lords has become a cesspit of Marxism, as the Labour Party made damn sure to install as many of their peers as possible.

“Britain’s entire system is entrenched in socialism, from the NHS to the welfare system which sucks out trillions of pounds from the taxpayer. With a system of socialism in place, it is nigh on impossible for any other political ideology to function other than a socialist one. Taxation is so high in the UK because it has to pay for socialism. Without that crown of thorns around its neck, the country would be free to truly pursue growth but instead it lies shackled forever in a welfare debt black hole.

“It is not only every governmental department that is infected by socialism but the British media is inherently socialist in nature, and leans to communist ideals. Apart from a few publications, and TV stations, the control of the BBC is all encompassing.

“Socialism eventually leads to communism, and while the EU does not hide its Marxist Soviet ideology as well as collectivist methods, the UK is still under the grip of not only the European Court of Justice, but the multitude of EU agents working day and night within our own governmental institutions and media to reconnect the UK to EU. To these agents and EU zealots, there was never an EU Referendum in 2016, and there was never a Brexit, they instead live in a netherworld of denial and soviet brainwashing.

“No other political ideology can truly express its policies within a framework where there is one all prevailing socialist ideology. The conservative government are not in power today, and have never been, they are instead skirting the edges of socialism and abiding by socialist rules within a socialist system that makes up Britain today.”