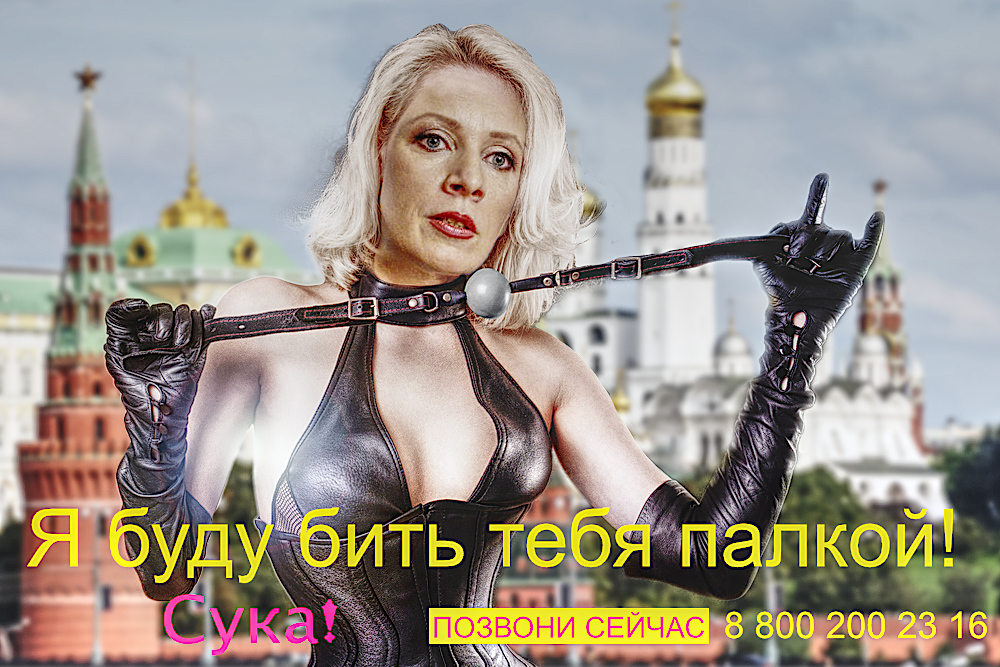 Maria Zakharova, the clinically insane spokeswoman of Putin and the Kremlin has been embroiled in another prostitution scandal involving numerous oligarchs as well as high-ranking Kremlin officers.

Her every word may deny the atrocities committed in Ukraine by Russian forces, as well as constantly talking about nuking everyone, but Maria Zakharova also likes to talk dirty to Kremlin officials in their offices.

“I heard about her from Putin directly. He, like Hitler, has extreme perverse needs which include scatology. Mistress Zakharova fulfils his sick needs and then some. She is so popular in the Kremlin that she was immediately given the position of Director of the Information and Press Department of the Ministry of Foreign Affairs of the Russian Federation,” one Kremlin insider revealed on Thursday.

The evil Russian regime of Vladimir Putin does resemble the Fascist Nazi regime of Adolf Hitler in many ways apart from their military prowess, which has been very mediocre.

“Much like a rat stuck in the corner, the Russian response to their pathetic military performance is not only denial but constant threats to nuke the West into oblivion,” a Western commentator revealed.

According to Russia’s economic index, prostitution brought in $1.8 trillion in 2019, and along with gas is one of Russia’s biggest exports globally.

Meanwhile, in the Kremlin, orders are up and Mistress Zakharova is knee-deep in old men needing a good whipping.

“I will beat you with a hard stick, bad boy! How dare you question me?” Zakharova growls, as another client session begins.

It’s just another day in Russia.