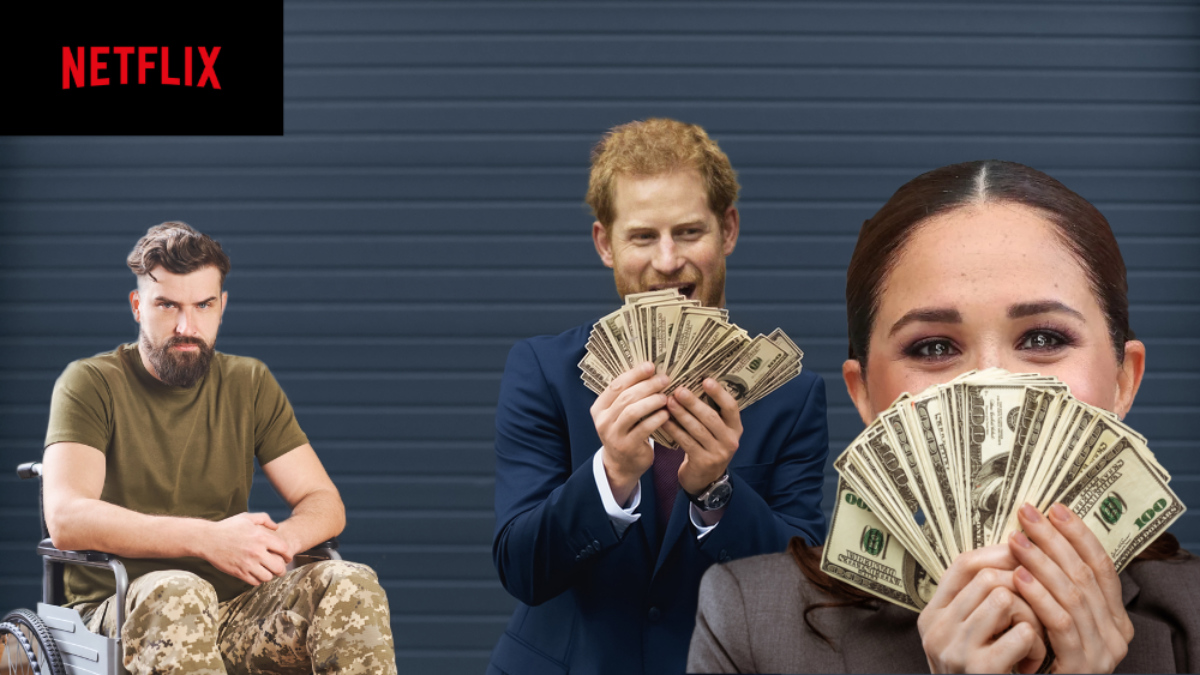 The Netflix producers and cameras were all in tow as Harry hugged another disabled Afghanistan veteran for the cameras. This was another virtuous show to show how virtuous the money-grabbing Sussexes are in ‘real life’ by exploiting a poor bunch of disabled veterans.

Selling Invictus merchandise also brought in lucrative profits off the backs of the poor disabled people being exploited. Then there was the further moneymaker for Meghan where she spewed out passages from her self-agrandising children’s book The Stench.

Netflix producers had also demanded that the errant couple visit the Queen in a quick surprise visit to take advantage of the 95-year-old regent before the poor woman pops her clogs any moment now.

One commentator even revelled in the public displays of affection between the couple.

“It’s a wonderful act, and many of the people are happily fooled by these tricksters. Hell, they even visited the Queen and fooled her that they actually ‘care’ despite punishing the poor woman by withholding access to her own grandchildren. They still plan on ruining her Jubilee by upstaging it with a parade of their previously unseen children, but that’s something for another day. You just can’t fault the premeditated PR actions and Netflix acumen in exploitation these two parasites have achieved. Exploiting the disabled and old for your own monetary and press gain is truly despicable, but it’s all part of the game, and these two money-grabbing tricksters play that game very well.”