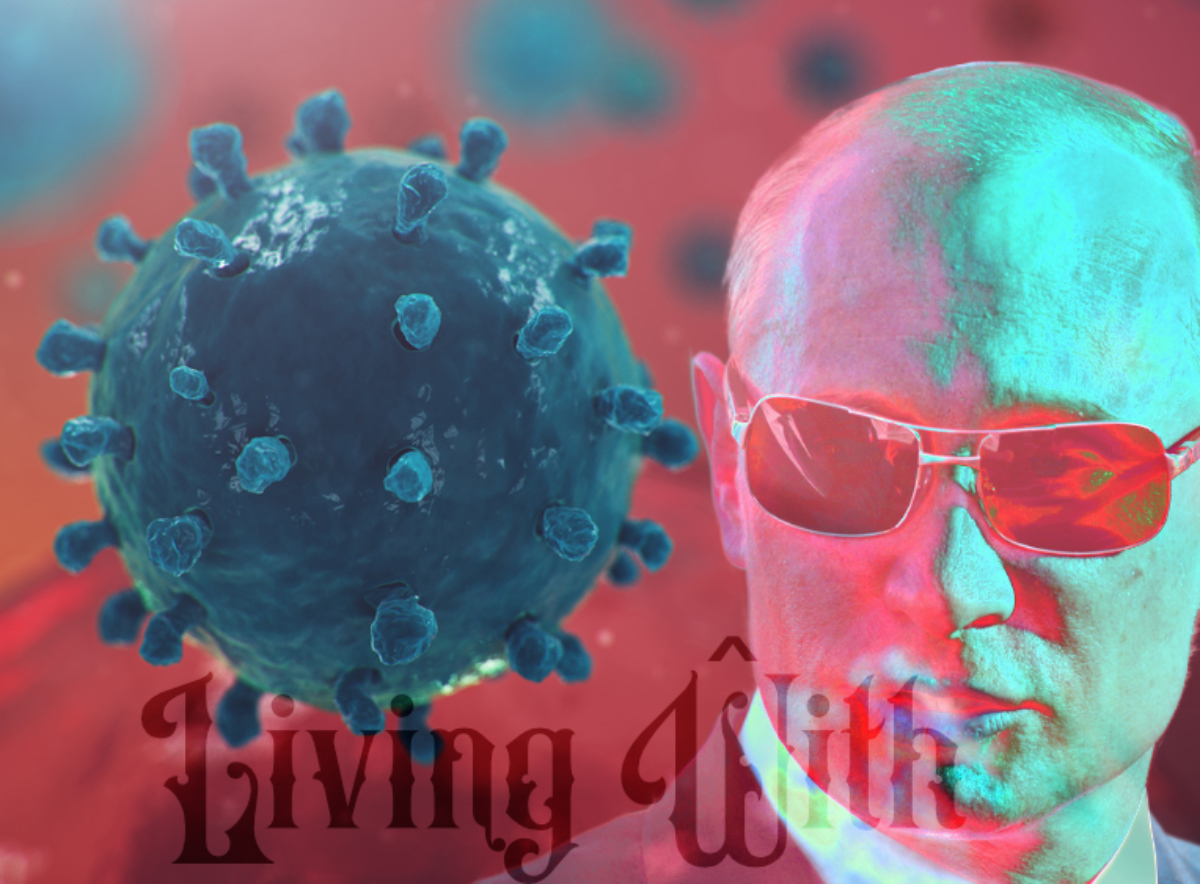 Now that we have been told by the government that we have to live with Covid, we have also been told that we have to also live with the perpetual threat of Vladimir Putin’s Russia invading Europe. Living with Covid is the latest headline that the legacy news services have been told to spread, as they are doing with esurience. Living with Putin, however, is more of a subjective matter, and this can include many things including Polonium, conventional war, nuclear war, hacking, spies, and the seething perpetual fearsome threat of all of those things spat at us all at once.

Contrary to belief, Putin probably does not want to have a war, however if he is pushed into a corner he may have no other choice. It seems that the West has been stirring the shit pot for some time, and enough is enough when it comes to Western NATO systems encroaching upon the borders of Russia. One would say that Putin is justified in his worries about the intrusive nature of the Western industrial military machine, parking itself directly next to Russia.

One must remember that for empires to exist, they have to constantly expand, and this applies to both the Western Empire and Russian Empire. The problem is that we’re running out of space now, as well as natural resources in global terms.

As for living with Covid? This is a purely economic related process, and governments have realised that lockdowns are not good for business. Tax revenue relies on the worker bees busting their asses to pay tax and if they’re locked down, this affects government revenue. Workers must also come back to the offices because many businesses rely on office workers paying for their services as well. This is why there is a huge government push right now to get workers back from working at home to the office.

If Covid was a blatantly more insidious virus which evaded any vaccine, and employed a more vigorous death rate amongst the populations, then things would possibly change. The reason for the panic during the first wave was that the virus was comparatively unknown in its capabilities, but as more information and a vaccine have been deployed, the threat has been downgraded. If the infected started to roam the streets bleeding from their eyes, ears, and noses, passing out on the pavements, then the very sight of this would possibly reduce the value of the economic risk. Even government officials and tax collectors do not want to be at the receiving end of such a fearful sight, or their families.

One thing is for certain, and that fear created amongst humans is a currency in itself, and is valuable to someone or something.