Is there anyone there who has faith in slimy piece of shit slug Sadiq Khan, a character who has made it practically unbearable to live in the capital city anymore. London today is awash with sectarian gang related violence, mass rape, violent robbery along with gun violence never before witnessed since the days of Tony Blair and Gordon Brown’s London Mayor appointee Red Ken. 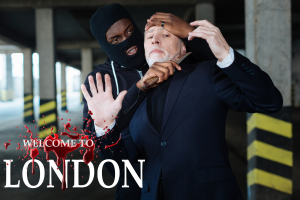 Sadiq Khan, the snivelling suppurating wart on the arse cheek of humanity, said he had no confidence in police chief, Cressida Dick, so the poor woman resigned. Today, London’s police officers have voiced their no confidence in Sadiq Khan. The Metropolitan Police Federation, which represents 31,000 officers, withdrew its support for the Labour politician after Commissioner Dame Cressida Dick was forced out of her position last week. The body accused the London Mayor of “scaremongering” and “undermining” the trust in the police by publicly criticising the force.

How much more paperwork and red-tape does the mayor want the police to be stuck under? As it is, at the moment you can’t find a Bobby on the Beat even if you rob your local High Street bank. They’re all stuck in the station filling in ridiculous amounts of forms and reports because the Left has basically tied their hands behind their backs. If there is one thing Boris must do after he is fined fifty quid for having a work-related drink during lockdown with a few aides by the police set on him by the pedantic remainers and lefties, is to release the police from the bureaucratic red-tape nightmare holding the police from doing their fucking jobs. 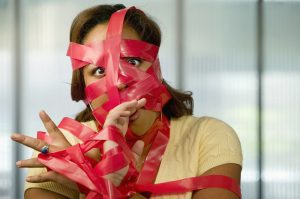 “You can’t fart anymore without filling in six forms. The lefty commie bastards now send us all off to re-education indoctrination camps where ‘critical race theory’ is blurted out by speakers 24-7. I can’t order a black officer to do something during a crime because it might hurt his or her feelings about coloniasm 500 years ago. Everything we say or do is analysed then broken down to be interpreted in some weird sort of Soviet communist lingo, I think they call Wokism. By that time, the criminals have come and gone and there’s another crime unsolved. This is why we have no confidence in Sadiq Khan, who is more preoccupied by his next woke PR piece for the local papers than us policing London,” one angry police officer may or may not have said.

British police officers should be lauded for being the bravest, most underappreciated police force in the world. Whilst high calibre guns are daily waved in their faces, all they have is a tiny truncheon and a pair of handcuffs. If it were up to the Squib, every police man and woman would be armed to the teeth, the paperwork reduced down to a single note with one tick box, and their right to carry out the law unhindered by anything or anyone encouraged at every turn.

Sadiq Khan, you are a cunt, and no one has any confidence in you anymore, so please do the decent thing and resign immediately. May you be stamped into obscurity and resign in abject disgrace, something you deserve for what you have done to London and the Met police force.

Slimy Slug Sadiq Khan Destroys Everything in his Path