It is good to be eco-conscious and to respect our environment, however within the last few decades we have witnessed the rise of groups that are rabid eco zealots who will even resort to terrorism and wild disruptive actions to make their point. These are the eco zealots, and their brand of eco consciousness involves breeding terror and fear, whilst invariably hijacking the eco movement for something more sinister. Eco zealots indoctrinate and utilise the exact techniques that religions use to brainwash their followers, creating a strong bond between followers and their controllers/eco priests.

To study the phenomenon of the rise of eco zealots, we must also understand where all the Marxists went. The Marxists supplanted their ideology and amalgamated it into the eco movements we are witnessing today. Overt Marxism was pushed underground because much of the public view of the Marxist ideology is negative, thus it was rebranded and infiltrated the original innocent eco movement. One only has to analyse much of the Green party’s manifesto to see the Marxist policy embedded within the camouflage of eco consciousness.

Communism itself can be construed as a religion, simply because of the devout worship and adherence to the supreme leader, worshipped as a living God above all else. The communist state is the religious body that upholds every point of living for the followers who follow selflessly and without question.

We are getting to a point right now that to anyway deny or question the eco religion is to invite certain cancellation and to be ostracised from society. Much like how anyone suggesting an alternative medical treatment to Covid has been treated by all news outlets sponsored by Pfizer.

On a broader scale, most sensible humans agree that we have a problem on planet earth regarding pollution and the depletion of finite resources, however there is no need to join some nefarious creepy group shoving their opinion forcibly down the throats of everyone. We must invest more resources into science to solve the problems of pollution and invariably address the problem of overpopulation, which is the root of the planet’s woes.

Third world and developing nations must be incentivised to adopt mass sterilisation and abortion programs to reduce their populations by over 80%. Overpopulation only creates misery, poverty, war and ultimately the end of the entire human species. Through education and monetary incentives, the global population can be reduced by 80-90% within two or three decades. This action, would be the most humane and non-destructive method, as opposed to releasing pathogens or through war. Once achieved however, population control would have to be regulated on a global level keeping human reproduction at an acceptable level and not rising in an unfettered manner.

The eco zealots of today do not dare address such sensitive and important questions such as population control because they are blinded by their neo-Marxist religion. These are people fighting a cause presented to them by controllers with other disruptive agendas like destabilising capitalism and current governance. Many who join these groups need a cause to fight, they jump from one group to the next trendy eco offshoot.

If humanity does not address the problem of overpopulation at some point in the future, then humanity as a species will be lost forever. 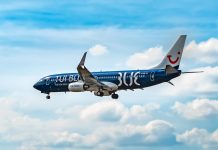