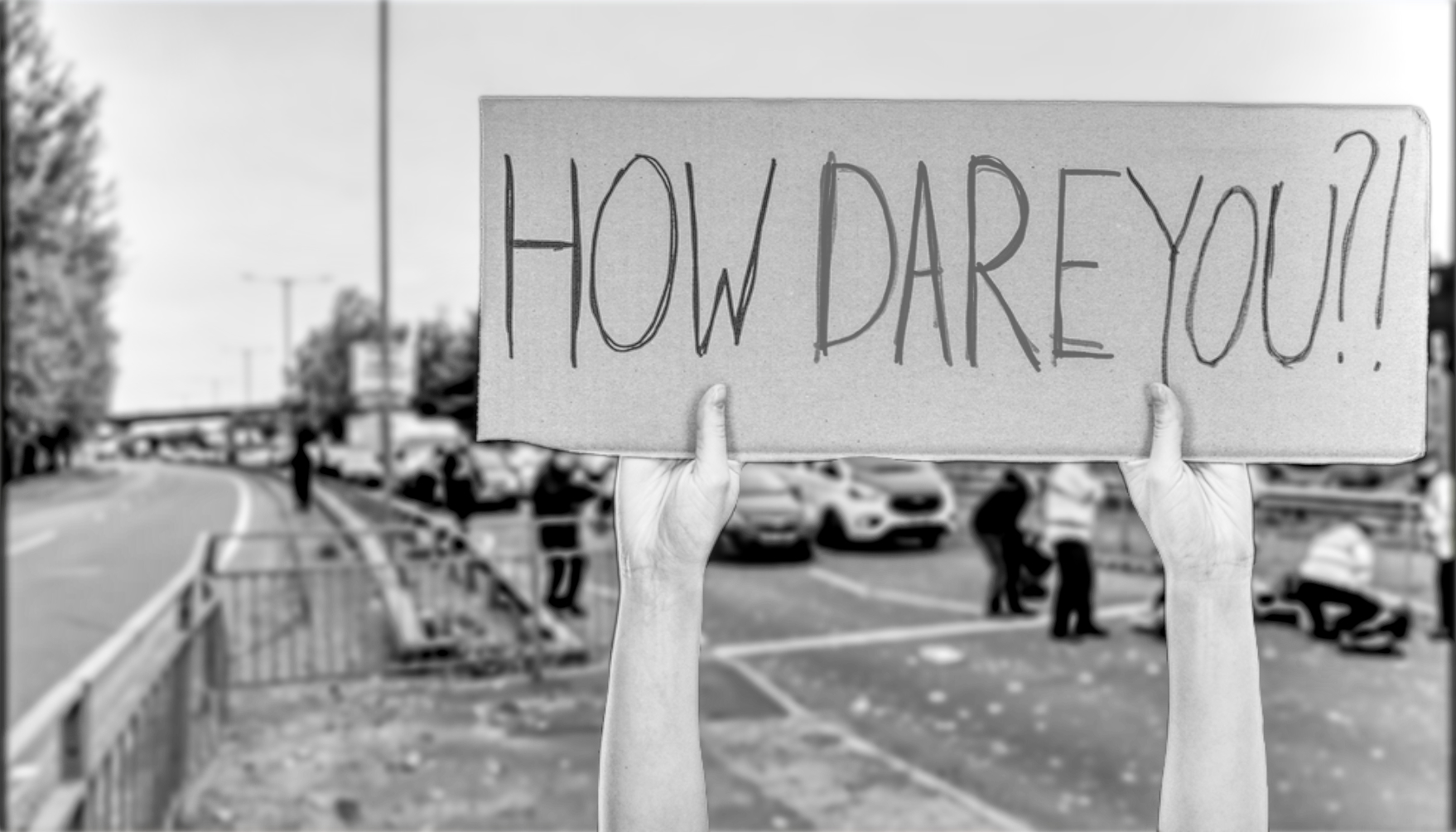 Today was another successful day for Insulate Britain, a bunch of idiots who think that anything that happens in the UK will help the planet when you have the likes of China and India pumping massive amounts of pollutants into the atmosphere and environment per annum. The police successfully halted drivers on the roads today as they tried to get to their jobs or whatever else they wanted to do.

One Insulate Britain protester, Reggie, 79, had superglued his extended scrotum to the tarmac, and was defiant about his right to protest.

“Ooph! Officer, please be careful with your scraping. My sac is already stretched to the limit.”

Whilst the traffic was stationary, and the road blocked for over six hours, a young copper brought over cups of tea for the assembled protesters all superglued to the road.

One of the protesters demanded hot chocolate, and refused the obligatory cup of tea, as another explained emphatically that they only drink Earl Grey.

“We have been hard at work today securing the area, and keeping the protesters blocking the carriage way. We have already arrested three van drivers who lost their temper, and an irate pregnant woman who was trying to get to hospital when her waters broke. The Metropolitan Police, closely allied with Mayor Sadiq Khan will not tolerate motorists anymore in any circumstances,” Constable, Bill Scratchings told the Sky News reporter at the scene.

Protesting can be rather boring, so the police will also be providing tablets for protesters who have glued their assorted body parts to the road.

Ethel Harringbone, 82, from Surrey, had superglued her left tit to a lamppost and her right tit to the road. She was adamant that what she was doing was the right thing to do.

“If it weren’t for the wonderful police help, we would not be able to stop traffic across London for days at a time. Everyone in Britain needs to stop emitting carbon emissions because it will not make one iota of difference when China and India are polluting the world at unprecedented levels. Developing and Third World nations are all increasing their factory production levels at exponential levels whilst poisoning the earth with trillions of tonnes of chemicals and carbon emissions, as well as huge deforestation efforts. That’s neither here nor there, little tiny fucking Britain needs to dump fossil fuels because it will make no difference to the atmosphere when other nations way bigger than us are pumping inordinate amounts of shit into the air and earth! Oh shit, I think I am going to sneeze! (R-r-r-r-r-i-P!) Eaaaaaaaargh!”