There’s something profoundly sickening and disturbing to witness an event that extols the virtues of mass brainwashing on such a grand scale as the 100th anniversary of the founding of the Communist Party of China (CPC).

The dereliction of humanity is all too evident as the robotic participants of the ceremony all look forward with blank stares. There is no soul in their blank stares as they do as they were trained with meticulous precision, a horrible montage of set pieces to honour a Chinese Communist Party that has been responsible for millions of deaths in its 100 years of formation. 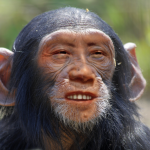 Of course, during the tawdry vulgar ceremony, there is no mention of Chairman Mao’s Great Leap Forward which resulted in over 55 million deaths.

During a meeting in Shanghai in 1959, Mao stated calmly:

When there is not enough to eat, people starve to death. It is better to let half of the people die, so that the other half can eat their fill.

The brutalist communist regime the Chinese were brainwashed into through forced ‘Marxist education’ is now being exported across the globe. Brands like Nike, and whole nations like America as well as the EU bloc all love communist China, as do all the Bilderbergers and the Council in Foreign Relations, Club of Rome. 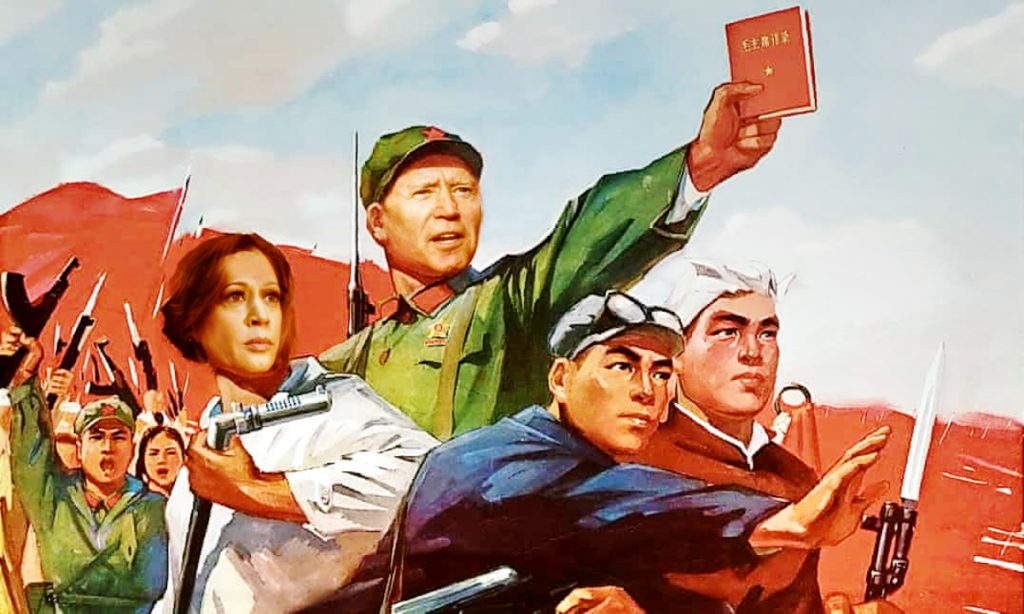 Beijing Biden only praises China in his every mumbling speech, and defends the brutal communist regime at every turn. Possibly because the amount of Kompromat the Chinese have on his crack smoking son, Hunter, and their alleged illegal underhand dealings with CCP controlled companies.

Activists in the West all carry Chinese flags at their marches, these are the brainwashed Marxist children who are the pawns in a large long Chinese game.

In Africa multiple countries have sold their country’s resources in return for Chinese built roads and infrastructure, China has now colonised vast amounts of African land through the Belt and Road Initiative (BRI).

Economically, China is a vast treasury, utilising its economic clout to buy up businesses, property and anything they can get their hands on in the West.

Hollywood films today are mainly financed by Chinese communist money, and this influence affects what goes in films, and what does not go in — no Taiwan t-shirt in your film.

As Hong Kong is now lost, the totalitarian tip toe of the Chinese communist regime rears its ugly head everywhere in the once democratic protectorate. Civilians now disappear mysteriously in the night never to be heard of again, and brutal communist torture methods are gladly used to extract information from civilians.

On a day of projected strength and triumph for the CCP, Xi Jinping hailed the party’s successes and the “national rejuvenation” it has been able to achieve.

He also said foreign countries that “bully” China will meet a “great wall of steel.”

Genocide is naturally a huge part of the Chinese Communist Party, and whole nations have been brutalised by the Chinese, Tibet being one of them. The Uighur people are now a mere shadow of themselves, forced into concentration camp gulags, exterminated with an efficiency that even the Nazis would admire.

May the West be warned, the augurs do not bode well. Chinese companies have already infiltrated deep into the economies of many Western nations. State, military and industrial secrets are frequently spirited away into the arms of the CCP. The universities and research facilities are full of Chinese operatives taking what they want with little or no resistance.

The Wuhan Virus, was most definitely deliberately leaked from the Wuhan Institute of Virology. Dozens of Chinese scientists have attested to the deliberate spread, as the lab was utilised for military purposes by PLA scientists. No doubt, there is huge disappointment that more carnage was not meted out onto Western nations, and the PLA are now planning a much more deadly virus that will soon be released onto the West where no dastardly vaccine will ruin their plans.

As the West’s Big Tech monopolies suck up to the Chinese Communist Party, there is an air of utter hopelessness with the entire fiasco. What hope do we all have when these untouchable internet monstrosities, who are above any law or government, are firmly in bed with communist ideology and a brutal Chinese regime of profound evil that want us all dead to take our lands without a single shot being fired?

This will be the future, and there is nothing anyone can do about it any more. It is too entrenched. China won their long game a long time ago.

Supreme excellence consists of breaking the enemy’s resistance without fighting.
― Sun Tzu, The Art of War