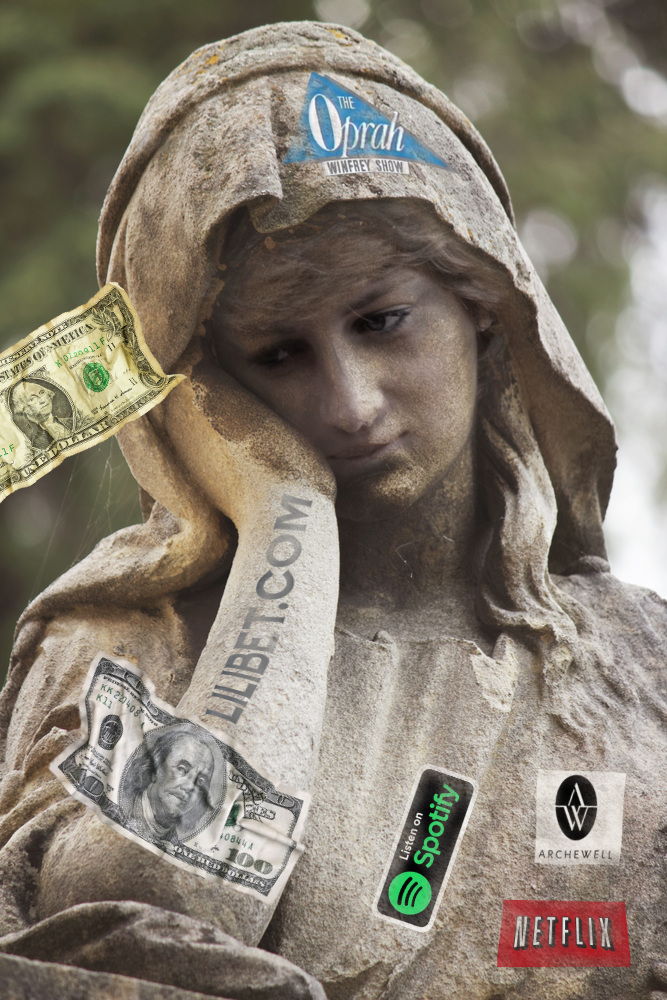 The Diana statue which is due to be unveiled later today has been photographed by a photographer who was accidentally in the right place at the right time.

Freelance photographer, Lee Edwins, from Essex, says this is the biggest coup he has ever received.

“I was in the fackin’ vicinity of Kensington Gardens pursuing some D-list celebrity for a few squid, when I fell into a rose bush. I noticed that my scrotum which had come out of my trousers when I fell in the bush was pierced by a rather large thorn. That’s when I looked through a clearing and saw some people working on a statue. I immediately forgot about my pierced scrotum, which was spurting blood all over the place, and proceeded like a good pap to take some good pics of the statue. Quids in mate!”

The statue will be eventually officially unveiled today at Kensington Palace, where Prince Harry and Prince William will show their new-found unity.