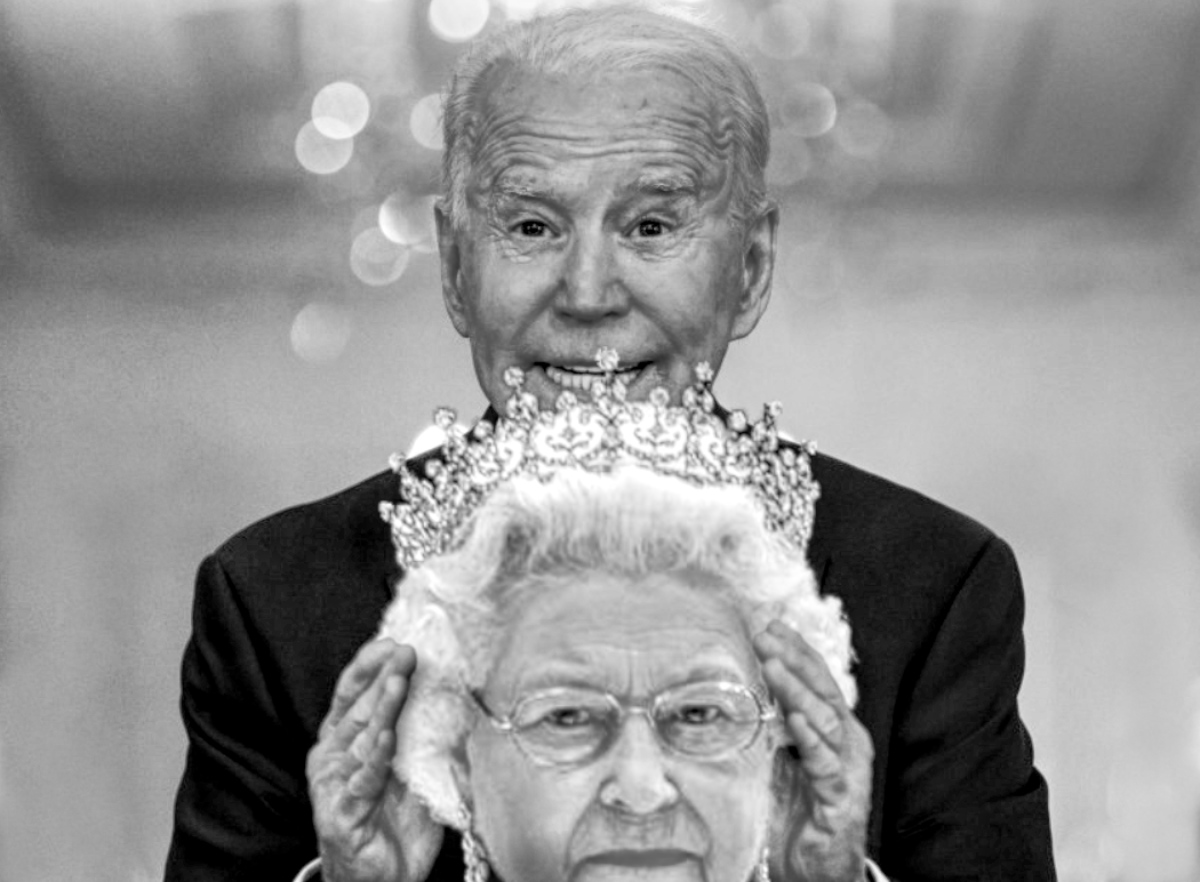 Joe Biden and his live-in nurse, Jill Biden arrived in Newquay, Cornwall, Wednesday evening in anticipation of the G-7 summit, which starts Friday.

Before falling down the stairs when he arrived in his plane, the senile old fuck commented that he was “glad to be back in Croatia, and I am looking forward to visiting Transylvania. I heard that Dracula sure likes to count. Ah, ah, ah, ah!”

“C’mon man, gimme a break,” said Biden, after a serviceman asked him if he really won the election. “I am so happy to be here at this RFA base. The Royal Force Air, they fly the Queen of Croatia around? Is that right? Anyways, jooba, bigga, bludder, moo, moo!”

Biden spoke of his agenda at the G-7, NATO and European Union summits in the days ahead, as well as his meeting with Russian President Vladimir Putin next week.

“I’m gonna tell that Russian sumbitch that I need a hog burger triple fries and a ride round a fairy store in Reno,” Biden said. ”Jibba jibba, Clark Kent, the Russians, soup kitchens, a marionette goo goo doll, pass the catsup and the goddamn borscht I gots my finger on the red button, I gots my thumbs on the red button, boom, everybody dead radiated. We will even have dead cats, dead rats. Mojo Risin. No, I said to Hunter, I said 50% from now on. I needs a new mansion, four or five more, I cheated in the election! Ha ha! You can’t get me! It’s too-oo-oo late (taunting).”

Joe Biden then got into a foetal position and started sucking his thumb whilst crying out for his mama.

“Mama, I done wrong. I cheated 80 million people out of their vote and disgraced the constitution of the United States of America,” Biden bawled uncontrollably, explaining that even though he is doing the motions he feels extreme guilt for his crimes, “I done wrong please Lucifer forgive me! It wasn’t me, it was someone else that did it, I ain’t guilty of High Treason, no! It was not my fault, they made me do it, the voices told me to do it all.”

Biden later on met British Prime Minister, Boris Johnson, but had to be held back by his aides as he tried to punch and wrestle the British PM to the ground.

“I don’t like him, he’s just like Trump. I support the IAR, and want Croatia to be free from British forces, I mean I want Croatia to stop occupying Ireland. C’mon man! Let me get this straight I want the country of Europe to invade Mexico, and free Ireland!”

Biden is scheduled to meet HRH The Queen at Buckingham Palace on Saturday.