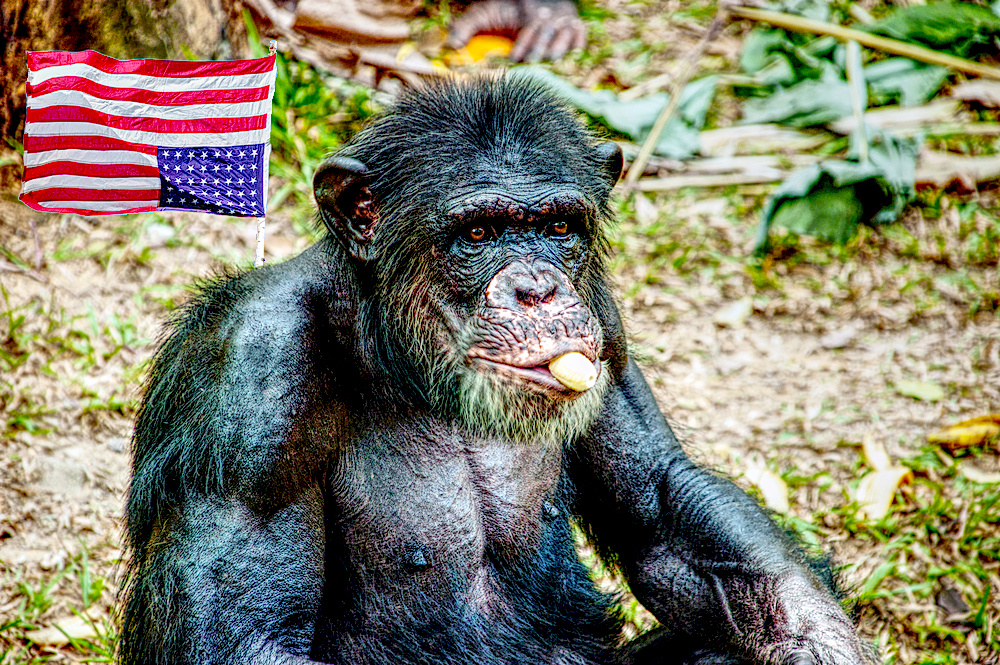 The sham inauguration today of a man who cheated his way to the presidency, is a sign of negativity for the former Republic, which from now on will be known as a Banana Republic. The corrupt Joe Biden is a man who has no scruples or honour, who is also allegedly known for his sick affection for underage children, as well as illegal business deals with the Chinese Communist Party as well as Burisma in the Ukraine.

Joe Biden is a danger to American national security and is a puppet of the CCP, a dishonourable disgrace who has ruined democracy, and ruined the Republic.

The new Banana Republic will now forever be aligned with Venezuela, Cuba, Zimbabwe, and China.

America lost its status as a Republic with a fizzle, not a bang, and the saddest part of the situation was that the very guardians who were supposed to defend the Republic did nothing, they stood back and watched without action. Their cowardice will be remembered for centuries.

Many in the military turned their backs to Biden's motorcade. pic.twitter.com/EnRf9utcI0

One only needs to watch the graphs on election night to see the mass dumps of votes for Biden, as the vote counting machines were manipulated to throw votes out for Trump and bring in Biden votes. There is no hope in a country that refuses to even address or look into the factual evidence presented. The media refuses to even acknowledge any evidence presented to it, as does the American judicial system of corrupt judges in courts.

Banana Republic USA, now a disgrace to the founding fathers, and an example of what happens to nations that stray from the path of integrity, honour, truth, justice and democracy. The USA is now the laughingstock of the world, a sick venal country infected with corruption and greed to the highest levels of office. Drink up your soy milk American men, cowardice is now your legacy.

America died today. All the brave soldiers who fought in both wars for the freedom of Americans, fought for nothing now. Their sacrifice was for nothing.

The only people celebrating today are China and the rest of America’s enemies.