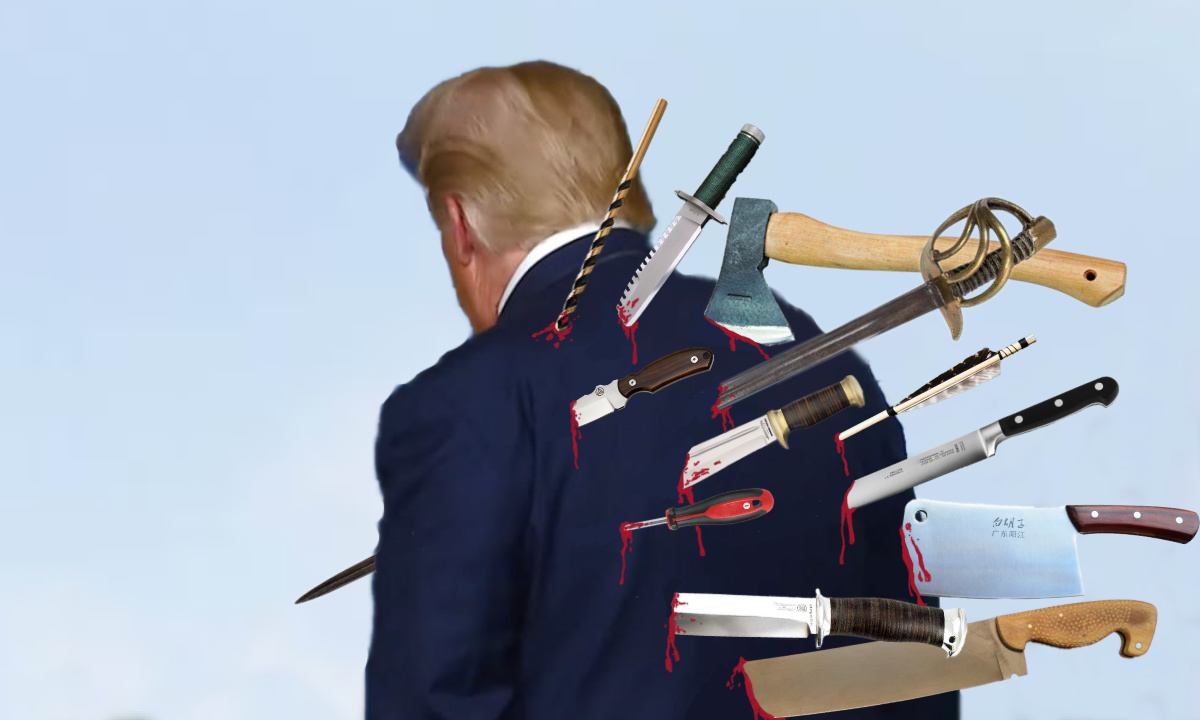 It couldn’t get any better for Trump as his final day in office will remain with him forever. The 45th President of the United States, Donald J. Trump was applauded for his one and only term in office with a wonderful send-off by his fellow Republican Party.

As the RINOs lined up behind the outgoing president, each one plunged another dagger into Trump’s already full back. Some of the knives overlapped, one RINO even using a hatchet, another a blunted Phillips screwdriver.

Then came the regular republicans, they all smiled and congratulated Trump as they too, all in turn, stabbed a knife into Trump’s sodden back.

Finally, came Pence, Trump’s supposed wingman, this time he carried a cutlass which he pushed into the back of Trump with gusto. Pence’s yellow complexion flexing with effort.

“Et Tu Pence!” Trump groaned, weakened but not yet beaten.

It’s a long way to Mar-a-Lago, enjoy the fucking ride.