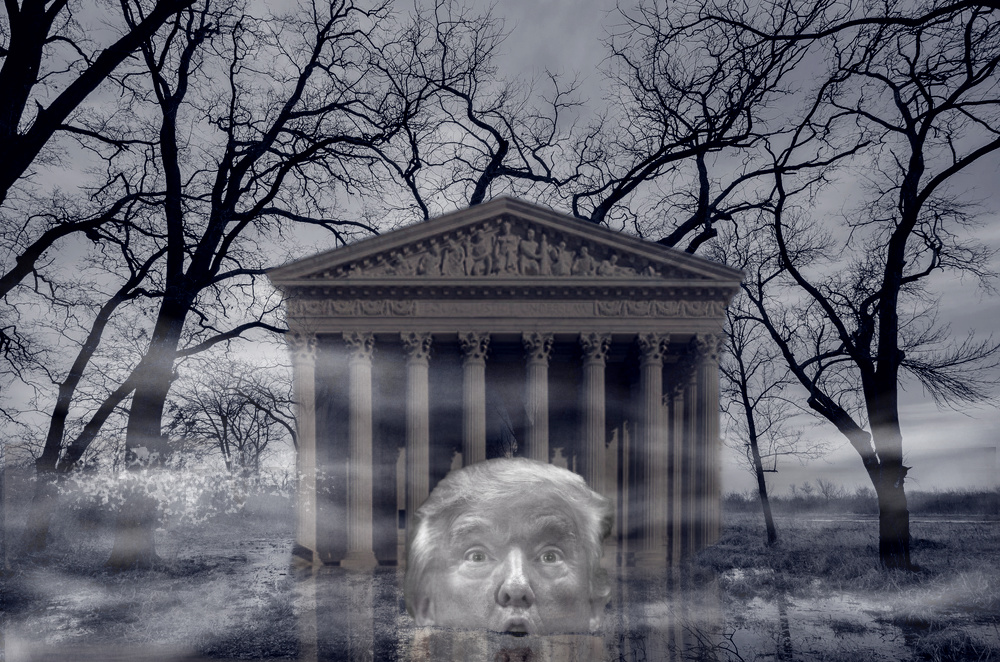 He fought the Swamp, the corruption stank, the Swamp eventually dragged Donald J. Trump down, a final resting place for this man who fought valiantly but was defeated eventually.

Dragged under the slimy waters of the swamp of Washington D.C., a place so corrupt where good men are drowned every day, Trump finally capitulated, and was even pushed under by his own most trusted confidants.

Capitol Hill was his final undoing, now everything is a distant memory as the last air bubble bursts from Trump’s sodden lungs, the green slimy water envelopes every part of its victims, full of corpses, Trump’s new home will also be his final resting place.

You can’t fight the Swamp, it’s a messy deal, and if you thrash around it sucks you in further, much like quicksand but fucking worse.

Eventually, Trump’s bloated corpse will wash up along the Swamp’s muddy shore, upstream somewhere or maybe a few alligators will sup on the plentiful bloated green meat, swallowing the red tie along with each large bite.

One thing is for sure, after the Swamp swallows Trump, it will sigh in relief. No one else will dare to try and clean the Swamp ever again. The corrupt are safe now, and their Swamp is now intact, albeit with its biggest victim yet.