“They have a certain effervescent uniqueness, child like yet with some experience of life and its traumas,” Lewis Gagassian, a New York gallery owner revealed after seeing some of the paintings last week.

The Crisco gallery in London’s Bond Street is keen to talk to Mr Bush and maybe offer him a deal.

“Certainly the painting of Mr Bush in the Bathroom looking into the mirror and seeing the face of a wounded Iraqi girl who had both of her parents shot and killed in front of her by American GIs really got me. I immediately thought to myself that the artist is feeling every brush stroke. Here is a man who is trying to clean himself but the blood just won’t come off.” 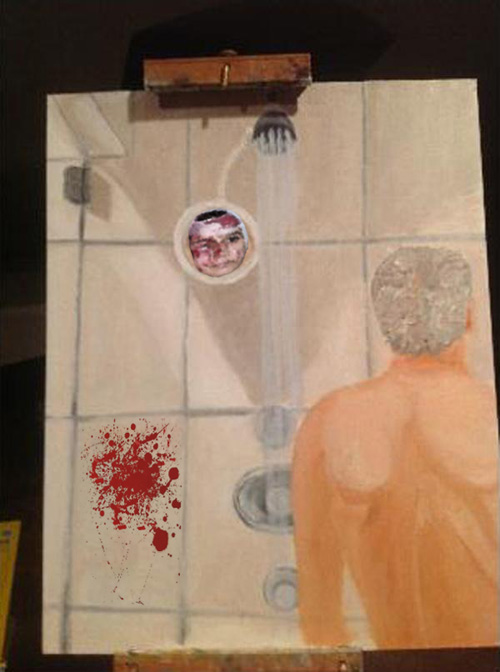 The other painting that Mr Bush is touting is another bathroom scene where he depicts his feet in a bath, but a haunting image of an injured Iraqi girl floats above the water and the peaceful scene is seemingly ruined with bloody water.

“Bush is telling the viewer here that he is washing in the bath and wherever he looks he sees his crimes. I would hate to see what a Dick Cheney painting would look like, but these are the paintings of mass murderers and criminals who have overseen the squalid deaths of millions of people,” Genevieve Valeuse, a Paris gallery owner revealed after seeing the GW Bush paintings. 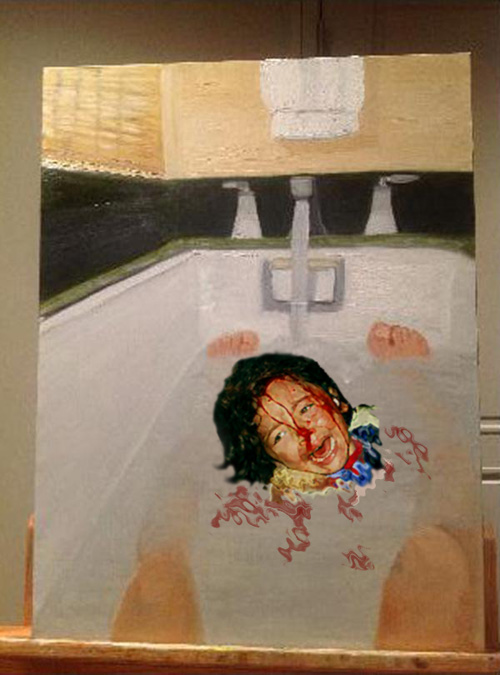