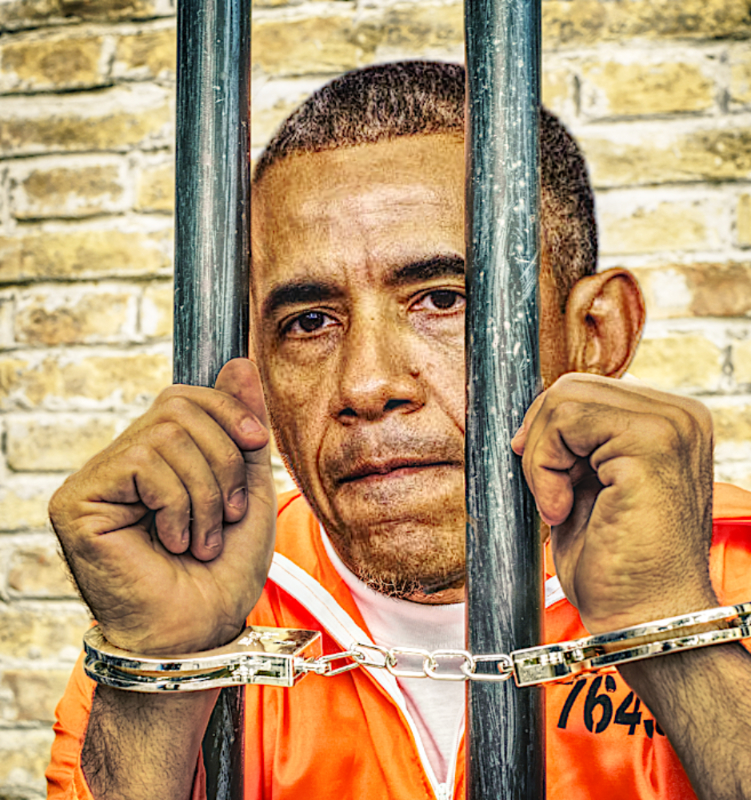 In what is being called the biggest political crime of the century, Obamagate may make Watergate look like a kiddies day out at the seaside.

“What happens when you order British GCHQ goons to bug Trump Tower, then blame it on the Russians? The head of the GCHQ abruptly resigned three days after Trump’s inauguration. Shit, if Trump comes out with some solid evidence, Obama is going down so hard, it’ll be worse than getting a right hook knuckle sandwich from Michael,” a Capitol Hill commentator said on Thursday.

Trump is now coming after Obama, and this time it’s serious.

Hillary Clinton could also be in the cross-hairs for her role in the acquisition of a former British MI6 agent to come up with a dossier alluding to Trump having piss parties in Moscow with a bunch of prostitutes, and allegations that Trump was videotaped in the act by FSB Kompromat agents.

Karma has a way of working its way round, and this time Obama, Clinton and their operatives in the various departments may have justice finally handed to them on the end of shitty stick.

Obama will probably enjoy dropping the soap in prison.