“I felt violated. The director said we were chosen out of thousands of pieces of fruit to star in a smoothie advert, but when we were brought into the studio, we were fingered, juiced, and some of us had smoothie juice ejaculated all over our faces,” a distraught raspberry revealed.

Creatively speaking though, we feel this fruity stuff has been done before, by artist Stephanie Sarley.

Watch at your own peril. 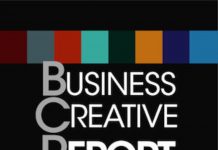