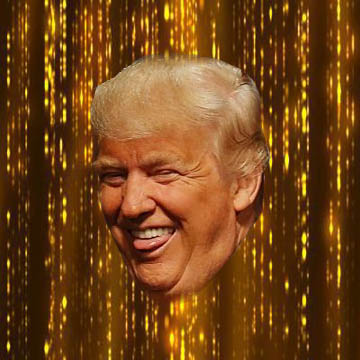 First of all if you’re ever in Russia, never stay at the now tainted Ritz Carlton in Moscow.

According to a leaked U.S. intelligence report, Trump enjoyed the services of pissing Russian prostitutes in the same suite that Michelle Obama used on her visit.

As for the footage of this incident, let us hope it is never leaked onto the internet. This is something that could bring down many in the population with permanent blindness.

The report, peppered with spelling mistakes, suggests that some in the U.S intelligence service are not very intelligent, and that much of the information displayed on the pages is hearsay. 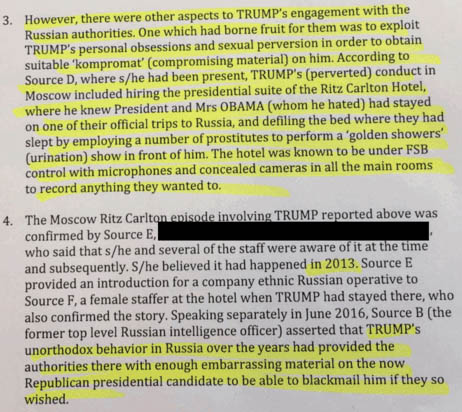 Apart from the fact that much of the allegations are non verifiable (unless one has the necessary connections in the CIA to check) there seems to be the slight massive fucking problem of leakage. What kind of an intelligence service leaks such a compromising document, which was meant to be Top Secret in the first place?

This leads us to believe it has the hand of Obama directly behind the leak, who in his last days in office is in the throes of a scorched earth policy on the incoming president.