Before dying, the former N.Korean leader Kim Jong-un was so fat that he had to be wheeled around in a specially made cart.

Fed only on Western junk food imported into the country, Kim Jong-un’s massive imposing figure was not only feared but desired by the starving N.Korean people who had been reduced to eating grass, and old shoes in the strict communist country.

Cuni Boll, a chef from Pyongyang revealed: “We boil the shoe so we can eat the leather, and the grass makes a good sauce. Then suddenly, on TV Kim Jong-un would come on. I salivate, he look like fat piglet, scrumptious! I wanna eat Kim, I starve, he look juicy, I could eat roasted pork rib Jong-un. Yum, yum!”

Kim Jong-un’s death has not been announced yet in the communist country, but with many mouths to feed, politburo members are desperate to feast on the spicy taste of pork, direct from the plentiful loins of their former leader.

“Politburo members will get the best cuts, and the masses after will only get the scraps, but that’s communism for you, eh!” a high ranking communist party member said licking his lips and rubbing his belly.

According to sources, Kim Jong-un’s huge body is currently being marinated before roasting commences. The body is so big that it may take a few days of spit roasting before being portioned off to the starving population. The cooks need to get a good glaze on the flesh before it is served up to the expectant diners. 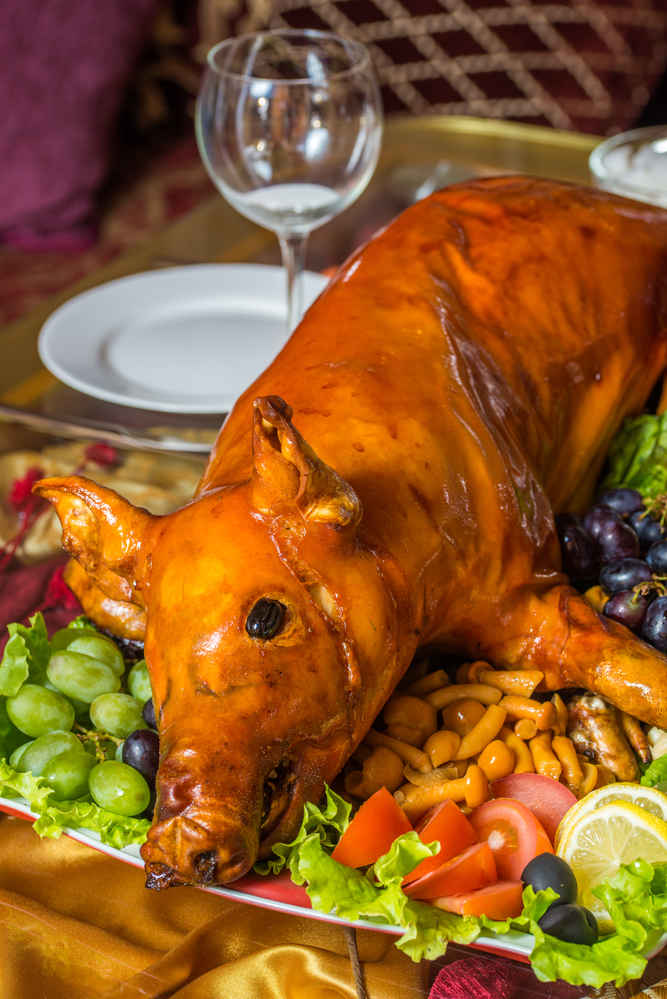