The oppressive Labour government which plastered the land with thousands of cameras, listening devices and tracking monitors; and created hundreds of new laws and regulations inhibiting freedom were the epitome of captivity, of slavery and of a terrible paranoia that swept Britain under their draconian punitive authority.

The Coalition government that swept into power promised to take away Labour’s punitive authoritarian system of surveillance and totalitarian control system, but they have not only adopted all of the previous government’s laws and systems, they have also expanded on the undemocratic repressive surveillance society which is now modern Britain.

“Cameron is actually nastier and more of a liar than Gordon Brown, and that is saying something. He is not a Conservative but a staunch Socialist, who probably holds strong Marxist views. Gordon Brown tried to be Stalin, but Cameron is Stalin, with regards to surveillance and taking away people’s freedom, he is second to none. When he speaks he lies with the deepest sincerity, more so than other politicians, and the system of oppression he is introducing is making life in Britain a living hell,” a Westminster source divulged.

The Coalition was an ideal way to expand governmental control over the public, and the future does not bode well with further intrusive policies being planned.

“We are already moving towards a cashless society, and once this is introduced, every citizen will be tracked and logged. A cashless society also brings further control to the government and state, because by utilising a digital system, if you do not obey their orders, they just delete your money. You are now powerless under a cashless system. To use cash even now is deemed as suspicious and alarm bells go off in shops. The government also wants to introduce vehicle tracking with a black box device. They will sell this as a way of reducing motor insurance costs, however every journey will be logged, and your every manoeuvre will be analysed, so no more moments of tapping on that accelerator pedal on the motorway for you. Motorists will also be charged per mile on the roads, with prices increasing during rush hour and peak times. Citizens will get speeding fines automatically issued and this will of course be a wonderful revenue generator. Driverless cars as brought in by Google will also be a viable future, creating highways of ordered traffic, regulated and controlled. Cameron has already ordered that every phone call and every internet user should be tracked by central computers in government and this additional surveillance mechanism will maximise the government’s knowledge about every facet of the population. In addition to Facebook profiting off your data and social networking surveillance, we are already seeing citizens being arrested for speech on Twitter and Facebook. These events will increase in time, and under the totalitarian state, citizens will be arrested and detained for any form of disobedience to the state. Thoughtcrime will be a reality in the future, and will pave the way for eventual RFID microchipping of citizens. Already, being chipped is deemed as cool by some people, and they will sell this by getting celebrities to promote it. Brain chipping nano technology will be introduced as a means to help paralysed citizens or severely disabled people. Once the entertainment business gets a hold of the technology, there will be a huge jump in brainchipping, because it will enable people to experience whole events in their minds without the use of screens or antiquated cinemas. Game consoles will be obsolete, as the advent of holographic technology, augmented reality and brainchipping will increase the user experience for gamers as well as ordinary users merging our minds with machines. The one tiny drawback to this is that you will have to let the programmers into your mind, your every thought will be analysed and you will have elements that may be programmed. The state will know your every thought. That is the drawback of chipping the brain and synapses. With the eventual chipping of all citizens, the human race will be connected via a hive system through an advanced form of the internet and supercomputers from a central control complex. The individual mind will not be needed anymore. The successive UK governments, may change, but the machinery of government, i.e. Whitehall is always the same. They will introduce the new technological advances, which were designed to oppress citizens, slowly, utilising the drip-feed system. They cannot introduce these things quickly as the population may notice, they must do it slowly and little by little,” another Westminster source revealed.

How free do you feel today?

Dodgy Dave Caught in the Headlights Once Again 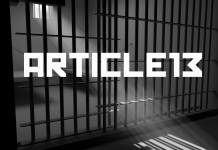 Death of the Internet: How Article 13 Will Affect You